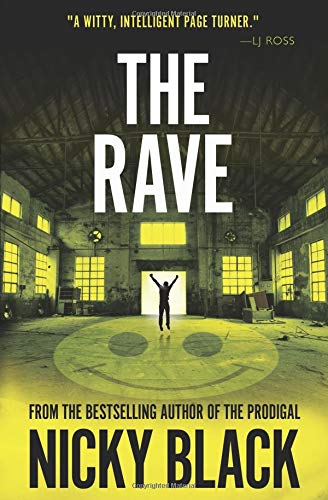 It’s 1989, the second Summer of Love, and Tommy Collins is doing what he does best: organising all-night raves on a shoestring, and playing a game of cat and mouse with the police. But Detective Chief Inspector Peach is closing in on him, and his dreams of a better life are beginning to slip through his fingers.DCI Peach finds it all a nuisance, a waste of his force’s time, until he finds his teenage daughter unconscious at one of Tommy’s raves. Then the chase becomes personal, and his need to make Tommy pay becomes an obsession. The Rave is a fast-paced, gritty portrayal of life on the edges of society at the end of a decade that changed Britain forever.

BookTrail Travel to Newcastle upon Tyne

The Rave is a step back in the music scene of the 1980s. The clubs and bars mentioned in the novel are no longer there, but the spirit of the time is. The streets have only slightly changed. The Bigg Market is the place for most of the clubs. The record stores in Old Eldon Square have sadly gone but are experiencing a revival. HMV even sells vinyl again.

Remember the raves of the 1980s? Newcastle was known for them and is still very much a party city. If you head to Ouseburn Valley, there is a chance to visit the Victorian tunnels and see the bowels of the city for yourself.

The police activity and way of working has also changed of course. There’s a glass fronted modern HQ in the city now.

The book also looks at the sink estates which were in every city in the country. Valley Park is fictional of course but illustrates the issues inner city places faced.