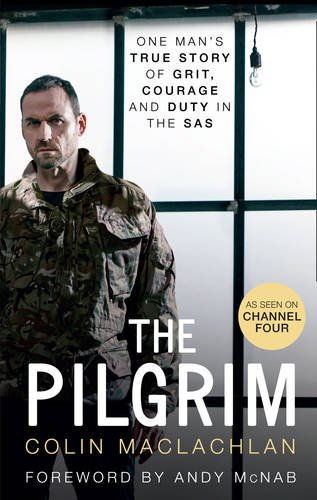 Various: One man’s story of life in the SAS

Colin Maclachlan is instantly recognisable as the granite faced Scot who formed part of the elite ex special forces team in the hit Channel 4 TV series SAS: Who Dares Wins. During his 22 years in the armed services, he faced danger and death on many occasions and The Pilgrim is his action-packed autobiography. After 10 years in the Royal Scots, he was the first in his regiment in 20 years to pass the selection process for the SAS. Over the next 12 years he established a reputation as one of the most talented members of the elite special force.

As a trained hostage negotiator and rescuer, he was part of the notorious Operation Certain Death in Sierra Leone and was the first sniper on the scene of a hijacked flight at Stansted. This book is a heartfelt exploration of what it means to be a modern soldier, to work in the SAS, to have a gun held to your head, to see your friends die beside you – all in the line of duty.

Kuwait and the Middle East

“I was naked, handcuffed, and blindfolded. All around me, the voices of my captors shouted continuously in my ear – a stream of Arabic I couldn’t understand. It became an endless mantra as I struggled to work out what had gone wrong – what had happened that landed me up in this horrible situation. I could feel warm blood running down the back of my head, mixing with the sweat and dust that already caked my body. My head throbbed from the repeated pistol barrel and rifle butt jabs. It felt like the onset of a migraine, that kind of numbing pain that lets you know the fun’s about to really start. Things took the express lift from bad to absolutely horrendous…there seemed a real finality in the tone of what they said. My stomach sank…”