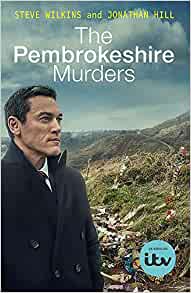 1980s: A true life tale of a Welsh serial killer

1980s. In the beautiful, unspoiled landscape of Pembrokeshire, a serial killer is at large: two double murders; an assault; the rape and assault of two teenagers – all potentially the work of one man.

This is the fascinating true story of a brutal murderer and the detectives who worked the cold case for six years in order to bring him to justice. Combining cutting edge forensic techniques with old fashioned detective work, a team of detectives worked to build a case against their prime suspect. But it was a race against time: would he strike again?

No one could predict that the killer’s appearance on a gameshow would provide bizarre but crucial evidence.

The true life story of a Welsh serial killer

The operation is now recognised as one of the greatest cold case reviews ever undertaken in the UK.

In 1985 brother and sister Richard and Helen Thomas were murdered and in1989, there was another double murder of Peter and Gwenda Dixon. The murders were known in the media as the “Pembrokeshire Murders” or the “Coastal Murders”. Cooper was eventually found guilty and arrested of both crimes. He was also arrested for carrying out attacks on young girls in a wooded area behind the Mount Estate, Milford Haven, Pembrokeshire. This was just a small number of crimes in his history.

The TV show Bullseye became well known as Cooper appeared on the show and footage from the television game show was later used as evidence against him.

This is one of the most interesting true life stories about an investigation I have read in a long while. The book focuses on the hard work of the police and the sheer volume of work and effort it takes to open up a cold case and to even get close to nailing a suspect.

You see and freel the frustration amongst the force and the victims families – all focus is on them rather than the killer which is a nice change as you get the real story that matters and not a show trial. I’ve seen the TV show since reading this book and thought that Luke Evans was the perfect choice to show the nuances of the real investigative officer. Thank goodness they got Welsh actors for the rest of the team too!

I think this book will make a lot of people realise the sheer blood, sweat and tears it must take to solve a case. It was a real eye-opener for me and very interesting to see how DNA and other advances allowed the case to progress. However, ultimately, it was human effort which win the day

The cases at the centre of the book are still as shocking and as senseless as they have ever been. I feel so much for their relatives and family. This is a really moving story and  a fascinating one. I hope the families have found some sort of peace from such tragedy.