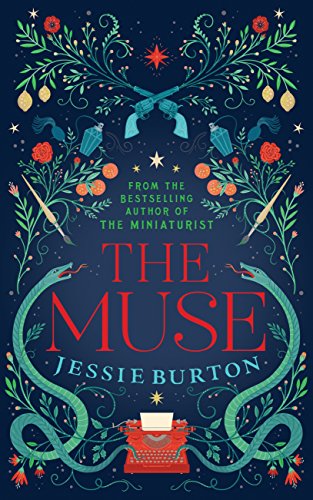 1967 London. Odelle Bastien has struggled to find her place in the city having arrived from Trinidad barely 5 years ago. She gets a job as a typist at the Skelton art gallery where she works for the glamourous and mesmerising Marjorie Quick. Quick takes Odelle under her wing but she remains something of a mystery to her. When a lost masterpiece arrives at the gallery, Odelle welcomes it but Marjorie reacts as if she’s seen a ghost.

1936 Spain – Revolution is brewing but in rural Spain, Olive Schloss, a young girl loves to paint. Her father is an art dealer but the art world is not made for girls like her. Issac Robles lives next door and he too is an artist, but he’s also a revolutionary and when war comes, art is the first to suffer. He and his half sister Teresa become entangled into the Schloss family but in the midst of war who can you really trust?

London where the novel opens is the story of Odelle Bastien and the racial prejudice she finds when trying to adapt to her new homeland. Life for a Trinidad girl is not easy and racial discrimination is rife – when she meets a white boy, walking together in the park becomes a minefield.

The art world opens up before her eyes. One painting in particular is the talk of the gallery – it’s said to be the work of Isaac Robeles,  a young and talented author who died in mysterious circumstances. There is  great deal of excitement and whispered promises over this discovery. Odelle starts to unravel the story behind the painting, and the idea that one piece of art, one moment captured in time can tell such a story. The art world is captured as a maze of secrets, deceit and artistic ideals.

War is brewing and so Olive Schloss, the daughter of a Viennese Jewish art dealer and English heiress, have moved to Spain where they live in a finca. They are poor and their world is looking after chickens and barely surviving neighbours Teresa and Isaac ingrate themselves into life here – where everyone sticks together and where revolutionary red ribbons line the streets. Isaac has spent time in Barcelona so he is buoyed but the fever of civil war.

In this bubbling cauldron, art is an escape. Olive paints but this is no place for a girl. Isaac’s work however catches the eye of a certain Guggenheim and suddenly the world stage opens up. After all, Picasso came from nothing.

This is going to be a big hit. Such a wonderfully painted picture of the art world across the 1930s and 1960s and the excitement of finding out the real story behind a art work is as captivating as it is brushed with strokes of insight. Two girls, separated by decades and countries, linked by poverty and lost dreams are intrinsically linked by a painting and the story of how it came to be. Odelle tells the story of how and when it is discovered with Olive there at the moment it is created – I loved the flashbacks and the threads of weaving one story and having the next one pick up the thread and carry it on. It reads like a painter would gradually dab the canvas and then stand back to see the full picture.

I always look at paintings and wonder at their story – just look at  The Girl with the Pearl Earring and Rembrandt’s Mirror . But it’s the muse that stands out for me. It holds you in it’s artistic arms and like the best artists, doesn’t let you see the full picture until the end, but it’s the fact that each brush stroke so delicately painted, that really makes the novel stand out.

I felt very close to both girls in the book as their inner thoughts and feelings were carefully and wittily at times brought out – the scene in the shoe shop made me feel for her!

The locations of course were an appeal but it was the secrets and intricacies of the art world which are very captivating. I understand nothing of art but this was like being immersed in its very creation as I discovered a lot via Odelle’s personal observations. The way the threads of the past and present wove together was just lovely to see – I felt as if I could smell the paint and feel the sweat of the painter’s brow on my own. Vivid, luscious and evocative of a Spain   as civil war approaches.

Jessie Burton – even your cover is stunning. I just loved this and it was a delectable joy as the story unfolded and the truth of the painting came to life. Read it, then place on your bookshelf then Stand back and enjoy – and appreciate it for the beauty both on the outside and within.