The Murder of Harriet Monckton 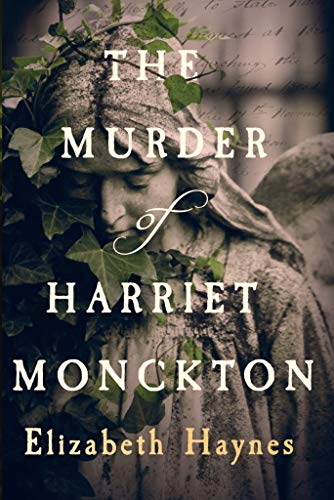 1843: The true story of a woman found murdered in the privy behind a chapel.

On 7th November 1843, Harriet Monckton, 23 years old and a woman of respectable parentage and religious habits, is found murdered in the privy behind the chapel she regularly attended in Bromley, Kent.

The community is appalled by her death, apparently as a result of swallowing a fatal dose of prussic acid, and even more so when the surgeon reports that Harriet was around six months pregnant.

Drawing on the coroner’s reports and witness testimonies, Elizabeth Haynes builds a compelling picture of Harriet’s final hours through the eyes of those closest to her and the last people to see her alive. Her fellow teacher and companion, her would-be fiancé, her seducer, her former lover—all are suspects; each has a reason to want her dead.

Based on a true story

In 1843, twenty three year old Harriet Monckton was found dead in the privy behind a chapel in Bromley. The death caused a stir as it was a small town at the time and Harriet was well respected woman from a good family. She attended church regularly and was a pillar of the community.

Her death was all the more shocking as she was found in a privy of all places and it was then discovered that she was six months pregnant. Early findings  were that she has drunk or somehow swallowed a fatal dose of prussic acid.

The streets and alleyways of Bromley have been masterfully brought to life as have the voices of all those involved in the case. The book came about as Elizabeth Haynes came across transcripts from Harriet Monckton’s murder case whilst researching another story. There’s a map of 1843 Bromley in the book which really helps to set the scene even more.