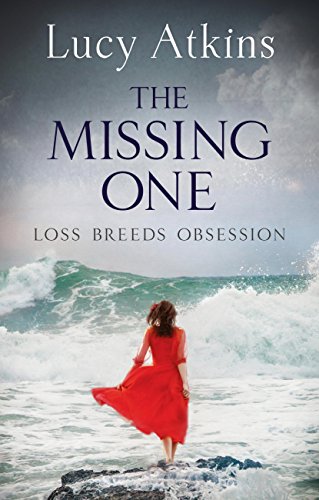 2000s: A fascinating and compelling story about motherhood and hidden secrets and a real passionate story about the orca whale and their environment in BC.

The story of Kali, a woman whose mother has just died of cancer, is going through a difficult time. Having sorted through her things, she finds some postcards which were sent from the same woman on the same day each year. So, she tracks her down to a remote Canadian location. But why is this strange woman so fixated on Kali’s small son Finn.

Her father has kept an important fact from her  in order to protect her, yet it ends up putting her in the gravest danger.

As Kali will find out – sometimes that which we keep secret in order to protect others is the very thing that can destroy us.

The setting  – the location of this novel is as central a part of the novel as the story of Kali and her quest to find out the truth. The writing takes you there so cleverly and is so evocative of the archipelago and the sea mist. You can almost taste the salt on your tongue as you read…..

The sun is brighter in this south facing room – I look through the enormous windows flexing to the horizon. For a moment I think about the life that teams under that surface.

“There will be Alaskan tides and icy currents rushing off glaciers. That sea is certain death.”

The descriptions of the Orca whales and the ways in which these creatures live, feed, swim and struggle to survive is beautifully and lyrically captured.

“After chasing down the pod with planes and speedboats and seal bombs, the hunters dropped nets and herded the frightened animals against the Puget Sound Shoreline. The whales were panicking. You could clearly hear the parents calling out to their children: babies screeching back.”

It is well worth looking further into the inspiration behind the novel on Orcas and the famous Alexandra Morton who studied and listened to whales, writing a book entitled ‘Listening to Whales’  who worked in the Broughton Archipelago.

2) Vancouver Island - Victoria
Kali visits here on her way to see Susanna
4) BC: Salt Spring Island
Is this island in the novel?

Love love love this book. A story about motherhood and protecting those you love  – whether you are a human or an animal, the instinct is one and the same. I read so much about whales after this book (I know this is not the main thrust of the novel but it is such a fascinating topic that I read lots, researched the author notes and got a copy of the BlackFish documentary which looks at how these wonderful creatures are kept in the sea parks)

Salt Spring Island is just one of the islands dotted around the archipelago just off Vancouver Island where there are many whale watching tours available. The descriptions of the contrast between the calm remoteness and the underlying potential danger are chilling. Reminiscent of my own ferry journey over to Victoria on Vancouver island –

Luckily I did see some whales during my visit and even luckier still I did not meet a Susannah on my travels. I will always have these creatures in my heart. Now I can travel back to see them any time I want – with Lucy Atkins’ amazing and heartfelt novel – The Missing One. A story on many levels which will leave a trail of emotions in its wake. There is even a area on the island called Tillicum (after the killer whale of the film?)

I won’t comment on the rest of the book – when Kali meets the mysterious and chilling complex character of Susannah. And what happens when Susannah meets Finn….every mother’s worst nightmare. Susannah holds the key to the entire mystery but immediately Kali feels threatened, a feeling which only gets worse and worse. The writing here was particularly chilling and I felt a shiver go down my spine on more than one occasion –