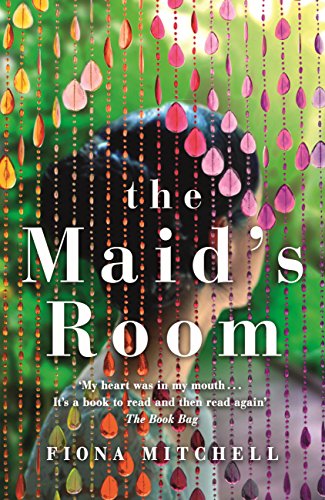 Sisters Dolly and Tala are both Filipina maids,  working hard for British expat families to send money back home. They are eager to support the children they have had to leave behind. How do these women manage to survive each and every day?
Jules and Amber are the ex-pats who employ the maids to work for them. From the other side of the coin, how does it feel to be on the other side of the fence and is it any different in essence? Is a gilded cage still a cage?
Told through an anonymous blog, this is  rich tapestry of Singapore expat life, from two sides of the same coin.

The view of the city and the landscape is both one of privilege and poverty, injustice and inequality. These women might be maids who are poor, forced to work in tough conditions, miles from their families due to the need for more money for their children. They live in small, cramped spaces in rich homes – along with the cleaning supplies. “This is where she sleeps. A cupboard, A bedroom. A windowless box”

There is no honour in their living conditions but plenty in their spirits and personalities.These women know the rules of society but are keen to have their voices heard. They see their employers not as their betters, but as their equals and wish to have theirvoices heard. This is happening now in modern society and women working in inhumane conditions are treated as modern day slaves.

Expats are always considered privileged westerners who often exploit the locals they employ. However some of them are there in the shadows of their husbands, and find it difficult to enter the role which has been forced on them. However, When Jules in the story tries to explain that life for her is also difficult, she is not believed. As the outsider, the reader, you can feel the frustration here too. A strange county, little or no freedom the language barrier and more.

Each chapter begins with a quote from the anonymous “Vanda”, a woman who writes a blog about the “Essential House Rules” for “Life as the Employer of a Foreign Domestic Helper.” This causes Tala to retaliate and reveal life as it is:

“Forget about putting your expensive coffee on the top shelf and worrying about which toilet you allow your visitors to piddle in, Dolly has more important things to think about like paying for her child to eat and go to school.”

That opening line floored me for a start; “This is where she sleeps. A cupboard. A bedroom. A windowless box.”

The novel has been touted as a story in the same vein as “the Help” and it’s very apt that the women in this book are reading THAT book in their bookclub. I love it when literary karma, literary meanings come full circle. Yes, this book was going to be good I thought.

Oh and it was – I just didn’t expect to feel so much emotion at the end of it all. This is real, happening in the world today and although the draconian conditions are seemingly of another time, they’re not. I felt sadness, shame, despair, horror – the whole gamut of emotions to be honest. There was a lot of  humour in this novel too however – delicious humour mainly in the character of Tala. I loved that character and what she stood for, her role as Maidhacker and all that she did…

This is really a book to make you think and I’m still thinking about it days after reading it. A very poignant and apt read in today’s current climate of bringing abuse and social conditions of women to the fore. Then there’s the diary of one of the expat’s moaning about how to treat and keep your maid.Until Tala fights back

Let’s hope there’s more Tala’s or Maichackers out there.