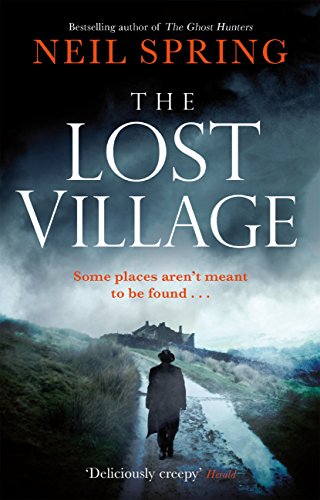 1940s: There is a real life ghost town, tucked in to the Salisbury Plain…dare you enter?

Many years ago, soldiers entered a remote English village called Imber and forced every inhabitant out. It remains abandoned . . . Each winter, on one night only, Imber’s former residents return to visit loved ones buried in the overgrown churchyard. But this year, something has gone wrong. Secrets are surfacing, putting all who come near Imber in danger. And only one man can help.

Notorious ghost hunter Harry Price has reluctantly reunited with his former assistant Sarah Grey. They both head to the village to see if the visions which have been reported are true, why people are so angry at not being left to return to their homes and why will the army only allow people to return once a year?

What curses have this place had on its inhabitants past and present?

Authors on location – Neil Spring takes us to Imber

Which other novel has taken you into a real life ghost town and in such a way as this? Imber is a very real village that even Google maps is not allowed to go near (see it on our map above and try putting the little man in the area – he’s not allowed!)

You can visit this village for real on certain days of the year. Check the website above for details.

The story is one of ghosts and regrets, pain and trauma of the past. In 1943 the population of Imber were given a measly 47 days notice to move from their homes to allow the village to be used for the military purposes. The village was needed as a training ground for the American troops preparing for the invasion of Europe. Everyone in the village, people who had been born and bred there, were forced to move. Any promises made to return were never honoured and the village remains a ghost town still set aside for military purposes.

In the novel, Harry Price comes to investigate strange goings on in this village. It’s a lost village as the village has lost its souls, some of them are still said to wander in its lanes and especially around the cemetery where residents loved ones are only allowed to return once a year, under supervision, to attend to their graves. Imagine the pain, loss, suffering, anguish of being forced from your home, everything you’ve ever known, only to be cast aside by the army, never to return.

But Harry Price finds out that lights have been spotted in the church, strange visions are common to those who get anywhere near and the sounds of crying and sorrow can be heard in the wind which whips Salisbury Plain. Sarah has seen a young boy with the blackest of marble eyes wandering in the lane, lost and confused. Harry knows the people are in pain, the military hiding secrets so he stages a seance to try and find out from those in the graves, just what this village has to hide.

If this is not one of the scariest and most eerie atmospheres ever to have been recreated in a book, then what is? A dark sense of unease, dread and foreboding overshadow the entire book, making the village and the story feel claustrophobic, abandoned and ghostly. To think this is a real village, with a real story of abandonment sends an extra shiver up your spine. 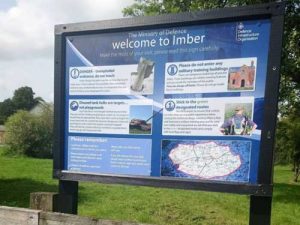 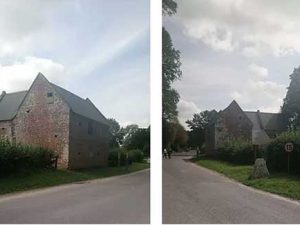 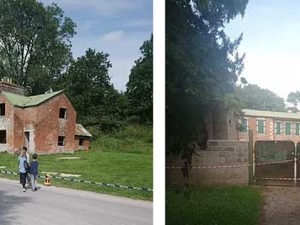 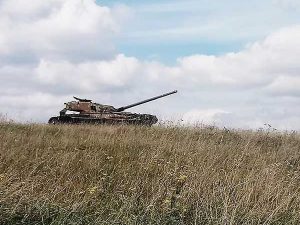 As soon as this landed on my doormat, I started to read. What a premise! A real life ghost village abandoned and  left to crumble. The military  bought the land and evicted those who live there. Imagine the pain, suffering and ghosts left behind? A church whose dead can only be visited once a year? I knew this was going to be good and it was.

Harry Price and Sarah have moved on a bit since the last episode mind – a few changes there I didn’t expect at all! But Harry is back to his usual experimental and doubtful self. The story was nicely pace and creepily good with plenty twists and unexpected events taking place so if you are of a nervous disposition, you might not want to read it at night.

The village is brought to life in the most amazing way – details of abandoned houses yes, but it’s more the feel the novel gives you which really excited me. The lights on in the local church, the whistling of the leaves, the unknown…Neil is good at evoking the darkness and confusion of the unknown. How the man sleeps at night I don’t know. I have returned to Imber myself a few times since finishing his book.

I though the whole village was painted with so many shades of dark tones – the blacksmith for one, Hartwell, the mixture of hatred and a need to keep the military enemy close, the villagers unease and distress of their eviction…. Sarah was a very central character to this story too- I enjoyed getting to know more about her, her relationship with Harry and her desire to help these people, reclaim some of their past.

There’s a little bit of literary licence here of course, particularly towards the end, and you’ll be finding out a lot about ghostly visions the art of getting in touch with them too. Creepy and fascinating since it was based on true fact and I felt I’d been to that village, met its people and was desperate to find out its story as much as the author. He does a great job of placing you in that village and summoning the fog and the fear to keep you there. This was one of the most heartbreaking, heartfelt and poignant ‘ghost’ stories I think I’ve ever read.