The Legacy of Beauregarde 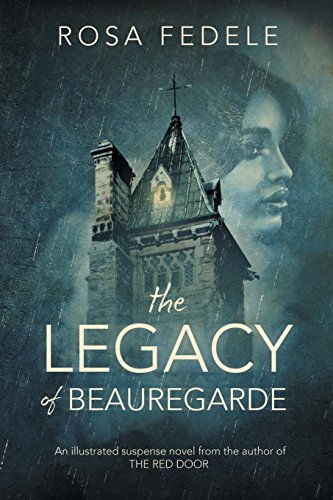 1990s: Welcome to the Seminary. A building in need of renovation..

The Beauregarde women have lived in the shadow of The Seminary for four generations. And there is nothing conventional about Marcela, or her family.

When the decadent and obsessive Gordana acquires the iconic Sydney property and invites a television crew to film the building’s transformation into a magnificent showpiece, strangers suddenly penetrate Marcela’s world, each with a dark secret of their own.

But Marcela conceals a sinister bond which inextricably ties her to the derelict estate, holding the power to not only unravel Gordana’s grand designs, but expose bloodstained treachery, long-buried betrayals and lies.

Located in Hunters Hill, a nice part of Sydney where many celebrities live now. It  has gorgeous homes and views of the Sydney harbour bridge in some parts and is almost an island with water all around it and bridges. This is where The Seminary in the book is located

It’s a majestic estate previously owned by the Catholic Church and now in dire need of major renovations after being abandoned for twenty years.

“ Unquestionably one of the nation’s most recognisable buildings, the Seminary was designed by renowned architect Reginald Langely in 1877 for the Australia Catholic Church. After remaining vacant for nearly 20 years since its closure in 1970, this remarkable estate is listed for sale for the first time in history. Equally steeped in fanciful legend and historical fact, this majestic Gothic Revival manor is simply unique.

When an old building is bought and renovated, you can just imagine what the work is like, what the new owners might find, the mystery of it all….and all this and more is beautifully captured in Rosa Fedele’s latest novel.

I read the Red Door and loved it and so when asked if I would like a copy of the latest novel, I jumped at the chance. I’m always honest in reviews though and can say that this one threw up more mystery and intrigue than ever before.

I just love Grand Designs and all those shows onTV where a house is torn down and renovated. So this fit the bill on those levels! The house becomes the overriding character in this book for a study of those who live there, those who come and go and what happens to the family as  a whole who make it their home.

Lots of voices tell the story but it’s easy to follow since they have a chapter each headed by a nice pic or quote. A nice guide rather like someone showing you around the rooms one by one ..

And if that was not enough, the story is one of fascination and insight. The history of the house, the architecture, the whys and where fors of beautiful homes. Interestingly when looking up the area of Hunters Hill for the Booktrail map, there is one prime example of a home designed by a famous architect right where The Seminary might just be…

All the ingredients for a gothic mystery are here and more. What can a house represent and what hopes of its inhabitants can it hide. What if walls had ears? One roof here covers many heads full of thoughts of jealousy, violence, betrayal and longing. Oh then there’s the hint of the supernatural too.

Fascinating and a really good read.