The Last Days of Leda Grey 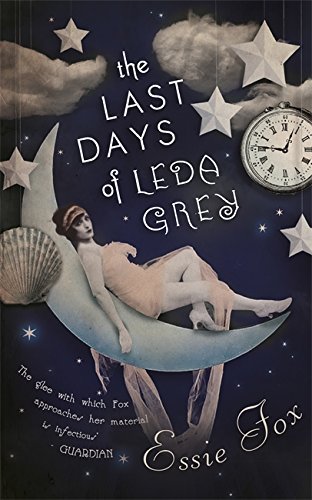 1976  – Early 1900s: To talk about someone is to bring them back from the dead. To photograph them is to allow them to breathe again…

In 1976 a young journalist, Ed Peters, finds an Edwardian photograph in a junk shop in the Brighton Lanes. It shows an alluring, dark-haired girl, an actress whose name was Leda Grey.

Enchanted by the image, Ed learns Leda Grey is now a recluse in a decaying cliff-top house she once shared with a man named Charles Beauvois, a director of early silent film. She starred in many of these films but while playing a cursed Egyptian queen, the fantasies captured on celluloid were echoed in reality and tragedy soon followed.

Leda was left abandoned and alone for more than half a century.  One day Ed Peters  comes into her life and asks her about the past – but her story is more haunting and devastating than any more plots in the silent films of Charles Beauvois.

Brightlands is Brighton inspired –  the architecture and pier as well as the bandstand and promenade make a grand appearance. In fact Brighton could be said to be the backdrop to this novel as well as the star of the show itself. Despite the shop and the films being fictional, there is a grandeur to them and a  magical ethereal cloak around much of the sites in Brighton which were used in the Beauvois films.

Cuckham Sands is named as being the place which was formally used in Edwardian times as a base for making silent films. And it’s this era of silent films which permeates the whole book.

In the shop where Ed first goes to find the old photographs of Leda Grey – located in the Lanes – there are shelves and shelves of objects which you can associate with this bygone era – a faded pack of Tarot cards, a crystal ball, and a  cracked-glazed porcelain head with words and emotions written on his head. The shop is a haven for everything odd, strange, dusty and reminiscent of that bygone era. The film industry was said to be strong in Brighton at the time and the city itself an ideal film backdrop with its arches, columns and balconies.  The ‘slightly faded charm’ of days gone by.

It’s here he finds the photos which lead him to White Cliff House and the enigmatic Leda Gray.

Very different to her other novels! More of a gothic and ghostly journey into the history of Silent Films  with all the Essie Fox hallmarks you’ve come to love. I think this book should come with a beaded shawl  so you can cover your head and totally immerse yourself in the dust and shadowy illusions of the time.  An incense stick, a flickering silent film on in the background and who know what or who will appear on the screen in front of you.

Essie has recreated the bygone era of the silent films, the flickering images, the shadowy figures and the ghostly backdrop of Brighton. Read this by flickering candlelight for maximum effect as the gothic chills will tingle and chill you in equal measure. The magical world of the silent films and what went on behind the scenes of iconic movies is magical to read. I mean image a film capturing and retaining your soul for all to see across eternity? An act which has left Leda with the ghosts of the past..

The mystery surrounding Leda Grey is a slow bubbling mystery which only really comes to the surface at the end – when you realise the mystery and meaning of that preface. But this book is more about the journey, about wrapping yourself in that beaded scarf, concealing your full view until much later in the reading. It’s ethereal and ghostly and on more than one occasion really did make me shiver. I just wanted to know what had really gone on between Leda and Charles and that magical world of the silent films. There is so much mystery to a world of the silent films, film sets, and photographs which appear to show ghostly visions….

I can’t really say much about this novel without alluding to things it’s lovely to discover for yourself. But that cover more than sums up the mystery of the book and its appeal.