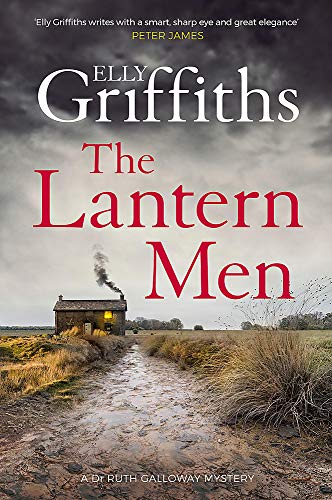 2000s: Everything has changed for Dr Ruth Galloway. She’s moved to Cambridge for one!

She has a new job, home and partner, and is no longer North Norfolk police’s resident forensic archaeologist. That is, until convicted murderer Ivor March offers to make DCI Nelson a deal. Nelson was always sure that March killed more women than he was charged with. Now March confirms this, and offers to show Nelson where the other bodies are buried – but only if Ruth will do the digging.

Curious, but wary, Ruth agrees. March tells Ruth that he killed four more women and that their bodies are buried near a village bordering the fens, said to be haunted by the Lantern Men, mysterious figures holding lights that lure travellers to their deaths.

Is Ivor March himself a lantern man, luring Ruth back to Norfolk? What is his plan, and why is she so crucial to it? And are the killings really over?

Travel to Cambridge and the Norfolk Marshes BookTrail style

Ruth has only gone and moved to Cambridge! She can’t stay away for long though as she’s called upon to investigate a case in the area. A man has been jailed for  killing two women and DCI Nelson thinks there’s more. The prisoner then says he will reveal more bodies if Ruth Galloway does the excavation.

The change of setting, the return home, the unusual challenge takes this series a step up for me. There’s still lots to love in this series and this move and new Ruth really gives it a refresh (not that it needed it but then a change is as good as a rest) The characters are as strong as ever with Cathbad taking a prominent role.

Ruth heads back to Norfolk – to the old Jolly Boatman put deep in the heart of the forest and it’s clear she misses home. The area comes to life again here as we see it through Ruth’s eyes who is clearly homesick. The stories of folklore are richly examined and I was pleased to see that the Lantern Men of the title are as intriguing as they sound. In the olden days, lantern men would try and lead people away to their deaths. Has this old folk tale suddenly become alive again?