The Killer You Know 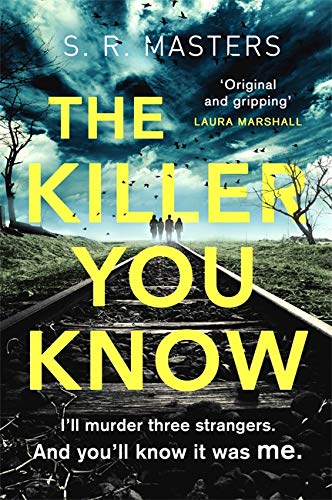 Summer 1997. When Will jokes about becoming a serial killer, his friends just laugh it off. But Adeline can’t help but feel there’s something darker lurking behind his words.

Winter 2015: Years later, Adeline returns to Blythe for a reunion of the old gang – except Will doesn’t show up. Reminiscing about old times, they look up the details of his supposed murder spree. But the mood soon changes when they discover two recent deaths that match.

As the group attempts to track Will down, they realise that he is playing a sinister game that harks back to one they used to play as kids. Only this time there are lives at stake . . . 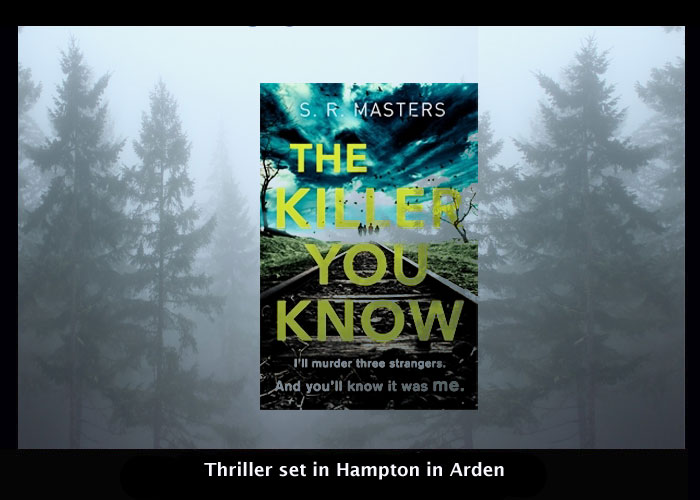 What a booktrail in the middle of a West Midlands village!

The village of Hampton in Arden where this novel takes place close to, is real, but the rest isn’t. Blythe, the village where the children and later many of the adults live is fictional. Quite right when you realise there could be a serial killer among them.

The characters in the novel are all from Blythe and it’s the fields, the rural lanes and the general quietness of it all that really jars with the kids in the chapters set back in 1997. It’s all very Stand by Me or a similar coming of age story where as kids, you goad each other and taunt each other, say stupid things and make unreal promises, not believing that one of you may be telling the truth. The deadly truth.

Welcome to Hampton in Arden. Will lives near here as they all do. And they say it’s the quiet ones you have to watch for. People and places!

This is an interesting and gripping read. What would you do if one of your friends had told the group that they were going to be a serial killer and years later, you discovered that those same crimes HAD been committed and that the friend in question had gone AWOL.

Well that is the premise of this fine read – a mix of Stand by Me and the classic tales of youngsters who say things to annoy their friends, torment each other, make dares etc.. The characters were all very well developed and different. There were flashbacks to remind them and us, the reader, what they had thought and said at the time, how dares had gone too far etc…and they were clear enough to show the difference between the child’s view and the adults which made it all the more chilling and foreboding.

I did think the novel was a bit long though and I got a bit lost in the middle with all the comings and goings but on the whole this was a pacy, solid read. Nice to read something which is totally different to what you normally do.Set in the lovely village of Hampton in Arden but only loosely….wait until you read the book to realise why.