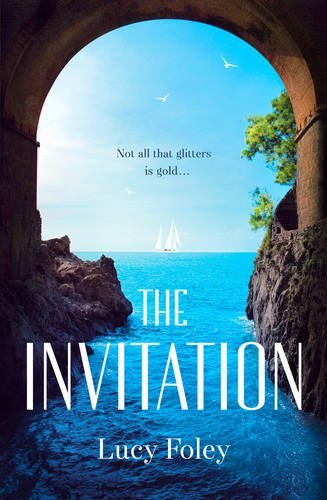 1950s, 1936: An invitation on a cruise around the Italian Riviera will prove that not all that glitters is gold

At a glittering party, Hal Jacobs meets Stella, a beautiful and mysterious lady from New York. They spend a magical night together but in the morning Stella is gone.

An Italian Contessa invites Hal to sail with her and several others on a cruise around the Med to the Cannes Film Festival. Each of the passengers are involved in making , financing and promoting a film which itself is based on a true story, and are on their way to Cannes to promote the film. The film – about a sea captain and the lady he falls in love with,will have far reaching consequences in the present day.

On board, he meets Stella, and the past and present collide in ways no one could have expected. Stella is not the only one on board with deeply buried secrets.

From the glamour of the Italian Riviera to the darkness of war-torn Spain, this novel takes you on  a cruise with a difference.

The Eternal city where Hal is making his mark as a journalist.  Dinner at a glamourous palazzo takes him away from his everyday reality to the glitz and promise of another world.

Stella’s life back in Spain was a very different start in life to the life she leads now. She and her husband are on the boat. Stella is very unhappy and Hal starts to delve into her past and the shameful secrets of the Spanish civil war

The cruise takes them on a vivid and exciting journey via many cities along the Italian Riviera. This is a cruise very Gatsby in its flourish and flair on board. Drinks and glamourous parties by moonlight mingle with the dark undertones of what’s really going on on board.

Oh and the scenery!:

The view of the houses of Portovenere  for example are

“like the bright spines of so many books crammed together onto a bookshelf; a quiet spectacle”

But as the boat tour progresses,  each destination involves unloading yet more luggage and more secrets

If I ever go on a cruise around the Italian Riviera, this is both the journey and the boat I’d like to go on. What a woman Stella was! I loved the multi layers of this tale – from Hal and Stella’s present day yearnings to their past troubles, the various characters on board the boat, and the story which was told in the film, this was a Gastby-esque tale of how glitz and glamour can hide so many secrets and so much pain.
Stella’s story was the most developed given her flashbacks to her life in Spain. Hers was an intriguing story and I would have loved to know more about her time in Spain. I think there was even more to this story that the author let on and that in itself got me interested in finding Stella particularly interesting.
The tension and attraction between Hal and Stella was nicely done and I liked the way that as the boat sailed into a new destination, there was even more baggage to offload. The locations are evoked with sun and panache and you would be recommended to read it with your shades on and a lime slice and margarita nearby.
As the boat sails on, the view becomes ever more unchartered waters and it’s a treat to find out what happens to them all and how the film reflects the relationships playing out on board.