The House on Sunset Lake 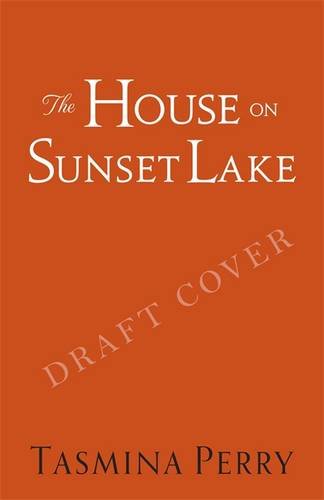 1995, 2005:  A beautiful lake house hides a dark past and a heartbreaking secret

Spending time in beautiful Savannah is not what student Jim Johnson plans to do. He’d rather be inter-railing but instead is forced to spend the summer with his mother and his father, a down-on-his luck author who has been sent to Savannah to rediscover his muse.

When he meets the mysterious Jennifer Wyatt, daughter of the family who live at The Lake House, on the Isle of Hope however, he knows that this is fate. However something happens to shatter the peace on the edge of the lake.

2015 :Jim, now in hotel management, finds himself returning to the lake house. His boss wants to buy the old dilapidated lake house and renovate it. It’s not long before he meets Jennifer again and tries to unravel the secrets of the past, but what he finds out may just shatter everything he’s ever known.

The Isle of Hope

The hot summers of the Deep South are apparent from the very first page. A hot, heavy and sultry place to be. The ideal setting for a lake house and evenings spent sitting on the lawn and watching out over the still waters.
“No one forgets a sumer spent at Casa D’Or. You remember them so clearly you don’t even need to close your eyes to recall the heavy warm breeze, the smell of azaleas, and the air that sticks to your sun-kissed skin”
But these waters run deep and the ripples and undercurrents hold some dark secrets. This is a house now which has been abandoned, left to the elements and lost to time as the secrets within in.

The lake house sits on the banks of a lake on the Isle of Hope just outside of Savannah. Savannah is a place the people who live there know well, Jennifer and her friends know the city, many books and films are set there. She takes Jim to the Buenaventura Cemetery where the novel ‘Midnight in the Garden of Good and Evil’ is set. The city is a warren of warm and sultry streets,  a history like no other with remnants of the Cotton Mill and plantation past all around.

Connor and Jennifer come River street to eat. They pass the old cotton mills and see the paddle steamers down by the docks. They also visit Tybee Island which Jennifer thinks is like Savannah’s Coney Island.

Tasmina Perry is fast becoming an author to really sit back and enjoy for me. I’d loved The Last Kiss and her latest one was a gorgeous journey, this time to Savannah and the mysteries of a hot and heady Savannah summer.

The long lost love affair was just a great mix of how a relationship can change in the blink of an eye with events which spiral out of control and where memories of the past may not be all they seem. I wasn’t sure I liked Jennifer at first but when I discovered the secret, everything I’d read before made sense.  Just as Jim’s journey in the novel, so too is the readers and this made the whole book really make you think of how the past can play tricks and hide the truth.

The story flits between the two time periods with ease and I warmed to Jim and his lost love affair. Brave to go back to the place though – after all that time.

Tasmina really writes about characters and how they interact with their surroundings and their pasts. I admit I felt sad and uncomfortable with the truth and wished it had been something else but it did explain a lot of what had gone before.

I guess I was so swept up in the Savannah summer and the allure of Casa D’Or that as it says in the book, I will never forget my time there and I left the lake house with a sigh of regret.