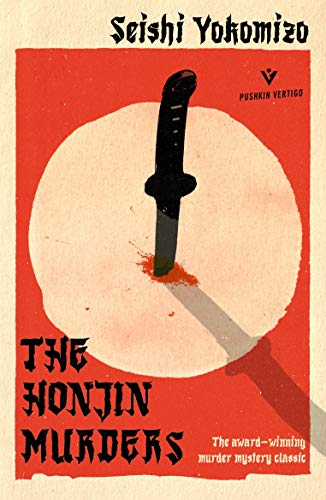 In the winter of 1937, the village of Okamura is abuzz with excitement over the forthcoming wedding of a son of the grand Ichiyanagi family. But amid the gossip over the approaching festivities, there is also a worrying rumour – it seems a sinister masked man has been asking questions around the village.

Then, on the night of the wedding, the Ichiyanagi household are woken by a terrible scream, followed by the sound of eerie music. Death has come to Okamura, leaving no trace but a bloody samurai sword, thrust into the pristine snow outside the house.

Soon, amateur detective Kosuke Kindaichi is on the scene to investigate what will become a legendary murder case, but can this scruffy sleuth solve a seemingly impossible crime?

Travel to remote Japan with the Honjin Murders

The story, set in 1937 is set in a Honjin – a traditional travellers inn reserved for the use of Japanese nobility prior to the downfall of the Shogunate, and before the Meiji Restoration which occurred in the late 1860s.

The timeline and culture of Japan is important to remember when reading this novel. The detective is like a Japanese Columbo though! The descriptions of the village, the upcoming marriage and the moment in history merges to form a classic locked room mystery with an added edge!

Yokomizo Seishi (1902-1981) was a Japanese mystery novelist. He’s especially known for his series of stories featuring young detective Kosuke Kindaichi and he wrote around 70 in total.

2000s: A pretty facade does not a happy house make…