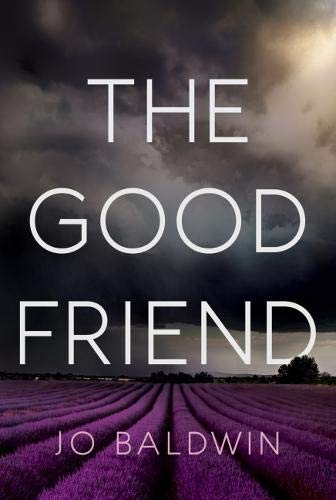 They were all friends.

So when Jenny moved to Australia to focus on her swimming career, she not only lost Kath, but her soulmate Tom. It was for the best. Or so they said.

Now, eight years later, Jenny seeks out her childhood friend and heads to rural France where Kath has settled. At first the women fall back into a close relationship, but before long strange and malicious behaviour leads Jenny to suspect the truth: that Kath has played a clever game all along to manipulate and control those around her. And Jenny is her biggest victim.

Because once the truth is revealed, there’s no going back.

“Vines dominate the scenery. Row after row if tufted green-leaved bushes line in up fields of bright – orange soil. Each vine stand upright on a thin, twisted branch. They look like pink flamingos gathered at a watering hole. Streaks of poppies shimmer along the edge of the fields.

” We turn off onto a small track and Kath points out La Miellerie, the nearby honey farm and vineyard where she works part-time.”

Travel BookTrail style to the Languedoc

Oh you will smell this setting long before you see it. It’s set in the heart of lavender country, where the lavender fields stretch out as far as the eye can see.

It’s here where the characters in the novel have a farmhouse, all nice and remote, but also a perfect place to hide secrets. The place itself is of course fictional but it could be somewhere in and around the area of Agde or Ariane as these are two little villages between the Herault and Largue rivers where the lavender fields are. For the best view of the scenery as evoked in the novel, why not head to the aptly named for this book, Devil’s Bridge where you can see the valley stretch out before you like this: 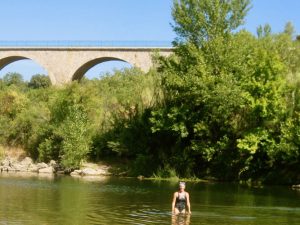 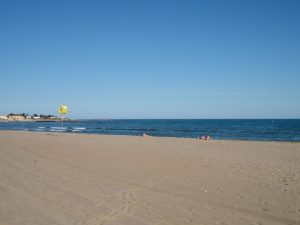 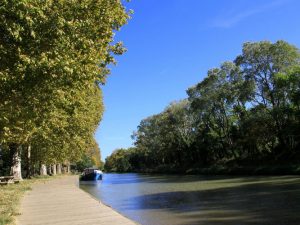 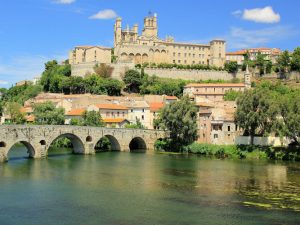