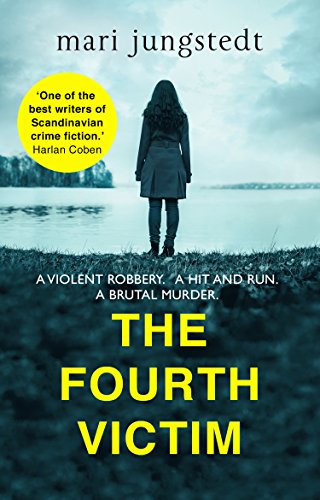 In the stifling heat of an August morning on the beautiful Swedish island of Gotland, terror shatters the calm.

An armed robbery is over in minutes, leaving a little girl on the road, hit by the getaway car.

Desperate to find those responsible, the police track down one of the culprits. But he is dead, brutally murdered at a remote farm. Tattooed on his arm are three initials: his own and two others. The only clues to the identity of his friends.

As the hunt to find the remaining two robbers intensifies, there’s every chance the murderer is on their trail too. Can Detective Superintendent Knutas beat them to it?

The island of Gotland is remote and it’s captive to the elements from every angle. The Baltic Sea surrounds it on all of its jagged sides and it’s a long way from the mainland. A long way from life itself…For some, this should be a nice place to relax, get away from it all and spend time in the coastal villages there. Not when Anders Knutas and Mari Jungstedt are your guides however….

D.S. Anders Knutas, head of the criminal division of the Visby police force might have a smaller community and area to patrol but on such a small island, the community is known to them but the island is soon awash with death and murder.

This is Swedish crime novel with a difference – the sense of isolation, the unique island mentality and the relationships between locals, outsiders and foreigners is examined. The role and methodology of the island police is also revealed to be more complex that first thought.