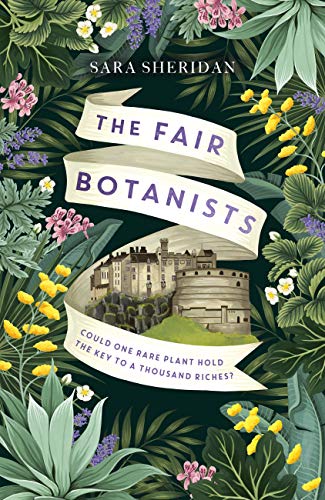 1822: Could one rare plant hold the key to a thousand riches?

It’s the summer of 1822 and Edinburgh is abuzz with rumours of King George IV’s impending visit. In botanical circles, however, a different kind of excitement has gripped the city. In the newly-installed Botanic Garden, the Agave Americana plant looks set to flower – an event that only occurs once every few decades.

When newly widowed Elizabeth arrives in Edinburgh to live with her late husband’s aunt Clementina, she’s determined to put her unhappy past in London behind her. As she settles into her new home, she becomes fascinated by the beautiful Botanic Garden which borders the grand house and offers her services as an artist to record the rare plant’s impending bloom. In this pursuit, she meets Belle Brodie, a vivacious young woman with a passion for botany and the lucrative, dark art of perfume creation.

Belle is determined to keep both her real identity and the reason for her interest the Garden secret from her new friend. But as Elizabeth and Belle are about to discover, secrets don’t last long in this Enlightenment city . . .

And when they are revealed, they can carry the greatest of consequences.

The author discovered that the Royal Botanic of Garden in Edinburgh was moved from its site on Leith Walk to Inverleith and became very interested in finding out more. This became the story at the centre of the novel. In real life, King George IV came to Edinburgh in 1822. This was at the time when the garden was to celebrate its 350th anniversary.

The author lives in the city of Edinburgh so this soon became a very personal story for her. In this novel, she brings the history of New Town to life, and the Royal Botanic Garden to full bloom again. Most of the places are real as are the characters although some are based on real people.

Today Inverleith House which became the western edge of the garden, is now a museum to showcase the Garden’s history and heritage.