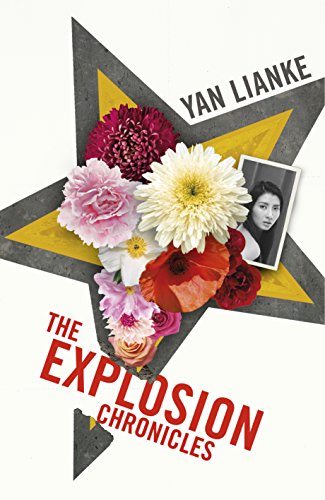 1976 onwards: What is about to erupt in the village of Explosion?

With the Yi River on one side and the Balou Mountains on the other, the village of Explosion was founded a thousand years ago by refugees fleeing a volcanic eruption. But in the post-Mao era, the name takes on a new significance as the rural community grows explosively from a small village to a town to a city to a vast megalopolis.

Behind this rapid expansion are three rival clans linked together by a web of ambition, madness and greed. The four Kong brothers; Zhu Ying, the daughter of the former village chief; and Cheng Qing, who starts out as a secretary and goes on to become a powerful political and business figure in her own right, transform their hometown into a Babylon of modern times — an unrivalled urban superpower built on lies, sex and thievery.

This range of mountains is a very important setting and natural environment in Chinese fiction. The author has created this unique literary world which is well-known and respected in Chinese literature.

“The depictions of Chinese history and reality in these novels are characterised by a sharp edge which is simultaneously profound, absurd and carnivalesque”

The Balou Mountains are a scared place and one which is not easy to get to:

“In order to reach Spirit Mountain, they had to traverse the Balou Mountains an take the road up to Liven. The base of Spirit Mountain was located about seventeen li or so beyond Liven.”

The village in the book doesn’t exist of ccourse but this one seems to match it in many ways. It’s an ancient mountain village described as “the cultural pearl of ancient villages” and is located west of Bejing

Chuandixia village lies on a ancient post road which was constructed in the Ming Dynasty and then became a post road where people earned their living working in farming.

Chuandixia village is surrounded by mountains and nature and has been described as a living fossil as it is a village stuck in time and history.

Chuandixia village has experienced many things and changed much over the time.Although not brilliant any more,it’s still very attractive for its cordial,natural and vivid environment.The well-preserved village and the hilly courtyards,the intense depositions of vernacular culture and the captivating idyllic scenery are all astonishing and splendid!