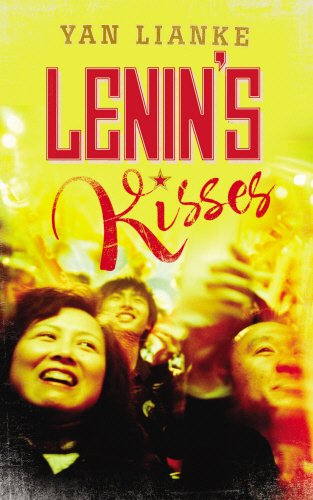 1990s: The people of a small Chinese village  set up a travelling freak-show

Deep within the Balou mountains lies a small rural town populated by disabled people. Blind, deaf and disfigured, the 197 citizens of the Village of Liven have until now enjoyed a peaceful, mutually supportive life out of sight and mind of the government. But when an unseasonal snowstorm wipes out that year’s crops, a county official dreams up a scheme that will raise money for the district and boost his career.

He convinces the villagers to set up a travelling freak-show, to include Blind Tonghua’s Acute Listening Act, Guess the Age of the Old Man, Deafman Ma’s Firecrackers-on-the-Ear and One-Eye’s Needle Threading. With the money, he intends to buy Lenin’s embalmed corpse from an ailing Russia and install it in a splendid mausoleum in the mountains to attract tourism to this sleepy district. However, as we all know, even the best intentions can go awry.

This range of mountains is a very important setting and natural environment in Chinese fiction. The author has created this unique literary world which is well-known and respected in Chinese literature. There are three books in the “Balou Mountain Series”;  The Passing of Time, Hard as Water and Lenin’s Kisses

“The depictions of Chinese history and reality in these novels are characterised by a sharp edge which is simultaneously profound, absurd and carnivalesque”

The Balou Mountains are a scared place and one which is not easy to get to:

“In order to reach Spirit Mountain, they had to traverse the Balou Mountains an take the road up to Liven. The base of Spirit Mountain was located about seventeen li or so beyond Liven.”

The village in the book doesn’t exist of ccourse but this one seems to match it in many ways. It’s an ancient mountain village described as “the cultural pearl of ancient villages” and is located west of Bejing

Chuandixia village lies on a ancient post road which was constructed in the Ming Dynasty and then became a post road where people earned their living working in farming.

Chuandixia village s surrounded by mountains and nature and has been described as a living fossil as it is a village stuck in time and history.

Chuandixia village has experienced many things and changed much over the time.Although not brilliant any more,it’s still very attractive for its cordial,natural and vivid environment.The well-preserved village and the hilly courtyards,the intense depositions of vernacular culture and the captivating idyllic scenery are all astonishing and splendid!

They drive through a “fortress of pagoda trees”

It was more than a hundred li from the county seat to the Balou Mountains, and it took them more than half a day to cover the distance..”

“In the third lunar month they sometimes have peach blossom flurries, whilst in the middle of winter it can be scorching hot