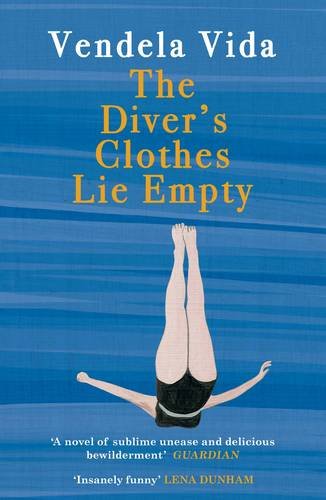 2000s: On a flight to Casablanca, a woman reads “The first thing you do upon arriving in Casablanca is to get out of Casablanca” Her journey is going to be full of surprises…

A woman travels to Casablanca, Morocco. While checking into her hotel, however, she is has her wallet and passport stolen so is left with no money and identification. The police are called but she doesn’t think that they’re taking the matter all that seriously and that they seem to be in cahoots with the hotel staff. Feeling that she’s lost everything including her identity and feeling alone and abandoned, she actually realises that for the first time in a while, she’s actually quite liberated and that she feels free in many ways.

Taking this as a sign that she could start  her life over as someone else, when she meets a movie producer by chance, she ends up posing as a film star. But then she starts to actually live as the star off set too, living every part of her life and everything in between.

A woman takes on another’s identity, gets farther and farther from her own.

Not so much  a travel guide to Casablanca but what to do if you’re a foreigner in any country and what not to do. This is not going to be in any tourist office book selection anytime soon with you being robbed as soon as you get out of your taxi. And that’s why this seems so personal this account as the whole novella is written in second person so you are the person in the story who this happens to and so this is happenign to you.

The main setting therefore is the sense of loss and abandonment you feel if you are unfortunate to be robbed when you’re in a strange city and especially since you’re on the run anyway from life back home. This is no tourist guide unless it’s a hint of what to keep an eye out for and what to do when you spot a film crew near the hotel you’re staying in.

I’m not really sure what to make of this. Written in the second person so “You go into your hotel…” and “:You blink rapidly taking this in…” gets you straight inside this person’ s head from the outset and takes you on the exact same journey of thoughts as them. You lose your identity as only bit by bit do you find out who this person is, who they become and what they’re running from.

If this is any guide as to what a first time visitor to Morocco might discover then I’m not sure I want to go. Did I like the main character? I’m not sure about that either.  As I finished the book though I realised the book I was now reading was not the one I thought I had started. The ending! Oh I can’t say much as this is a novella you have to read fully yourself to understand how you might feel at the end.

I wouldn’t want to booktrail this for real but it was a unique reading experience!