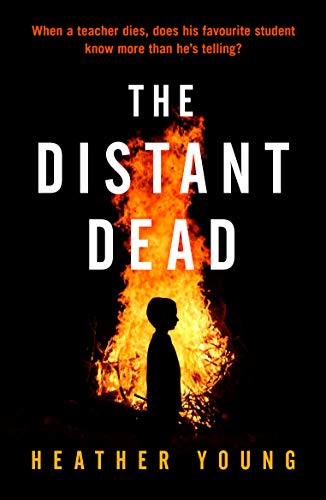 In the seven months he worked at Lovelock’s middle school, the quiet and seemingly unremarkable Adam Merkel had formed a bond with just one of his students: Sal Prentiss, a lonely sixth grader who lives with his uncles on a desolate ranch in the hills. It is Sal who finds Adam’s body, charred almost beyond recognition, half a mile from his uncles’ compound.

Nora Wheaton, the school’s social studies teacher, sensed a kindred spirit in Adam – another soul bound to Lovelock by guilt and duty. After his death, she delves into his past for clues to who killed him. Yet, the truth about Adam’s murder may lie closer to home. For Sal’s grief seems shaded with fear, and Nora suspects he knows more than he’s telling about his favourite teacher’s death.

Booktrail it down to Lovelock

The town of Lovelock is real but this is of course a fictional version of it.

Lovelock is a real town and her characters are fictional but there are a few places that appear as they are. The author thanks the staff of The Cadillac Inn and the Cowpoke Cafe for example so those would be two good places to visit.

This is a book about small town America. The author wanted a film called Love and Terror on the Howling Plains of Nowhere, about a man who burned to death outside a small Nebraska town.