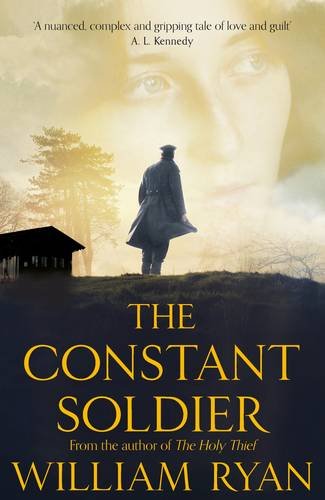 WW2: A unique and heartbreaking portrayal of war and how the human spirit tries to survive

1944. Paul Brandt, a soldier in the German army, returns wounded and ashamed from the bloody chaos of the Eastern front to find his village home much changed and existing in the dark shadow of an SS rest hut – a luxurious retreat for those who manage the concentration camps, run with the help of a small group of female prisoners who – against all odds – have so far survived the war.

When, by chance, Brandt glimpses one of these prisoners, he realizes that he must find a way to access the hut. For inside is the woman to whom his fate has been tied since their arrest five years before, and now he must do all he can to protect her.

But as the Russian offensive moves ever closer, the days of this rest hut and its SS inhabitants are numbered. And while hope – for Brandt and the female prisoners – grows tantalizingly close, the danger too is now greater than ever.

And, in a forest to the east, a young female Soviet tank driver awaits her orders to advance .

The author’s note at the back of the novel reveals a lot about the story behind the story:

Sometime in 1945, a SS officer called Karl Hocker put together an album of photographs which together documented his service in the German Rechsgau. This at the time was the Reichsgau or Upper Silesia. The photographs were lost to time until they were eventually found and put in the Holocaust museum in the USA.

The photographs, some of which are shown in the book are not as innocent as they look – for although they look ordinary – they are anything but. People are doing normal things in the picture yes, such as picking berries and putting up a Christmas tree, but Karl Hocker was a man at the highest level of the German army echelons and the adjutant to the last Commandant of  Auschwitz  Richard Baer. The people in the photographs are actually key players in one of the world’s worst war time atrocities when Auschwitz was at its most lethal Josef Mengele and Richard Baer are in the photos amongst others.

Many pictures were taken in and around the village of Porobka, so not at the Auschwitz camp you can visit today. One hut in the novel is described as it is imagined by the author and not how it was in real life, but this hut was built close to a house which does exist and which was owned by Rudolf Hoss.

This novel is a fictional version imagined from some of the world’s most haunting photos but with a real and heartbreaking backstory in history.

I’ve read a lot of WW2 novels but I can honestly say I’ve not read one like this before. I do like W Ryan’s writing but this just takes it to another level. I could hear a pin drop as I was reading in despite the fact I was in a busy coffee shop at the time. Read it in public and I swear that someone will come up to you and ask why you’re crying.

Brandt is a German soldier – so a bad guy right? No not really and this was the surprising thing. Everything you think about ‘The Germans’ during the war is not really black and white wen it comes down to it. Brandt was not a Nazi sympathiser

And when he was arrested for doing something anti Nazi he was sent to the Army as a punishment. His story starts when he’s injured and back at home in Poland.

This view of Nazi Germany from someone who ‘should have been on the German side’ is fascinating and utterly captivating. I had no idea how I should feel or what I should think as I read, it was all so new and unexpected. This might be a fictional story but is clearly set on a rockbed of historical fact. William Ryan is the master builder in every sense of the word. Every brick, every word builds a picture of sheer brutality, bloody history but a heartbreaking story of the human spirit.

And I will never forget that hut and what went on inside it for as long as I live. War affects everyone – the soldiers and most of al the ordinary man and woman on the street. Despite this being fiction, I am still wondering just how many Brandts there were out there.

This is one of those rare books that comes along and which literally stops you in your tracks.