The Castle of Otranto

Said to be the first supernatural English novel

Thought to be a translation of a mysterious Italian tale from the darkest Middle Ages, the novel tells of Manfred, prince of Otranto, whose fear of an ancient prophecy sets him on a course of destruction. After the grotesque death of his only son, Conrad, on his wedding day, Manfred determines to marry the bride-to-be. The virgin Isabella flees through a castle riddled with secret passages. Chilling coincidences, ghostly visitations, arcane revelations, and violent combat combine in a heady mix that terrified the novel’s first readers. 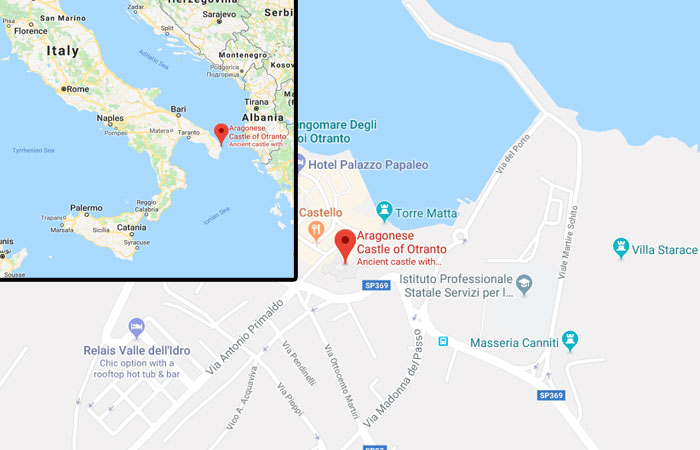 Apparently when Horace Walpole sat down to write his novel of Medieval romance and realism called The Castle of Otranto. that he had never been to he castle in question. It was a happy accident after he had finished his book and studied a map of the Kingdom of Naples in his search for a good name for the book and castle.

It’s a castle and a book that share much of their tragedy and history. The castle is gothic, very uninviting but fascinating at the same time and there is  a drawbridge. Exactly what you need for a gothic novel!