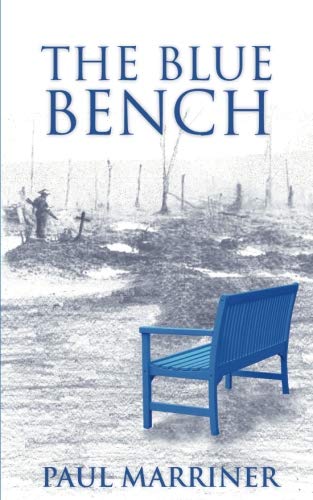 1920 – The Great War is over but Britain is still to find peace and its spirit is not yet mended.

Edward and William have returned from the front as changed men. Together they have survived grotesque horrors and remain haunted by memories of comrades who did not come home. The summer season in Margate is a chance for them to rebuild their lives and reconcile the past.

Evelyn and Catherine are young women ready to live life to the full. Their independence has been hard won and, with little knowledge of the cost of their freedom, they are ready to face new challenges side by side.

Can they define their own future and open their hearts to the prospect of finding love? Will the summer of 1920 be a turning point for these new friends and the country

The Winter gardens is a key venue  in the book. Edward has a contract to play piano there for the summer season and both Evelyn and Catherine work there. The Winter Gardens was opened in 1911 as a premier music and concert venue. The design allowed for the stage to be viewed from both back and front, allowing for open-air seating in the amphitheatre on the ‘shore’ side of the arena.

There has been a church on the site for nearly a thousand years and the fact that Reverend Railton was here when he suggested the idea for the Unknown Warrior’s grave to the Dean of Westminster Abbey is the primary reason for setting the book in Margate. After the war Reverend Railton MC took over at St. John’s Church, Margate. Reverend Railton is essential to the book as the man who developed the concept for the grave of the Unknown Warrior, in Westminster Abbey. The importance of the grave cannot be overstated. In the book his influence is also seen in encouraging Edward to assist other veterans. His wife, Ruby Railton, is acquainted with Beatrice, Catherine’s aunt.

Dreamland was one of the first theme parks in Britain and opened in 1920, the year in which The Blue Bench was set. At the time the scenic railway was the longest rollercoaster in Europe at 2km.

The clock tower was constructed to celebrate the Golden Jubilee of Queen victoria in 1887 but was not complete until 1889. It is a major landmark in town at the junciton of Marine Terrace and Marine Drive.

There has been a harbour at Margate since the 13th century and the first pier was built in 16th Century though the existing harbour wall was built in 1828 and a 100ft lighthouse was added at the end in 1829. It was destroyed in the great storm of 31st January 1958, and was replaced by a 66ft tower in 1954. As a key feature of Margate the harbour, pier and lighthouse are the backdrop for a number of scenes. In particular, towards the end of the book Edward likes to walk down to the lighthouse to help clear his mind and take the air.

The Droit House was originally built 1828 as a harbour-dues/customs office. It was destroyed by enemy bombing in WW2 and rebuilt in 1947 to the original plans. After leaving The Winter Gardens one evening, Edward passes The Droit House and overhears the conversation between Constable Simms, Reverend Railton and a third person. The third person is the homeless disabled veteran and Edward and Reverend Railton offer assistance.

Holy Trinity sat at the top of Trinity Square, an imposing structure overlooking the town and harbour. During WW1 the gardens to the south of the church were turned over to allotments to provide food and were still allotments in 1920. Mrs. Capais’s rented rooms in one of the houses on east side of the square and would have had a clear view of the church. The church was devastated by bombing during WW2 and not rebuilt. Edward, Evelyn, Catherine and Alice attend a spiritualist meeting at Mrs. Capais’s house. Though edward is a sceptic the event is unsettling for him, especially in light of Private Kayst’s disappearance during the war.

Catherine takes Evelyn to the grotto to take he mind off other troubles but as they arrive they see the altercation between William and another man that leads to William’s arrest and Georgette asking edward for help. The Shell Grotto is one a series of underground rooms and passageways covered by 2000sqft of mosaic created with 4.6 million shells. It was dscovered in 1835 but nobody knows who created it, when, or why.