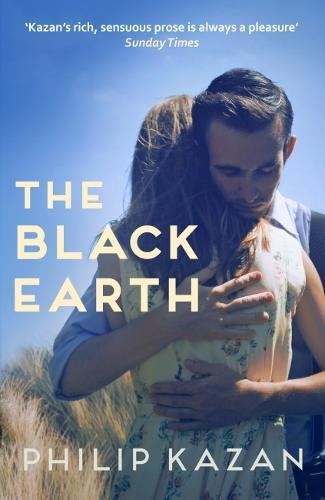 1922: When life takes everything you have, kindness from a stranger lasts for ever.

When the Turkish Army occupies Smyrna, Zoe Haggitiris escapes with her family, only to lose everything. Alone in a sea of desperate strangers, her life is touched, for a moment, by a young English boy, Tom Collyer, also lost, before the compassion of a stranger leads her into a new life. Years later when war breaks out, Tom finds himself in Greece and in the chaos of the British retreat, fate will lead him back to Zoe. But he will discover that the war will not end so easily for either of them.

This is  a novel set largely in Greece although the story with Tom on board the SS Narkinda sails from Bombay to Devon and back again. He and Zoe meet and their letters cross the oceans. Zoe has a  tragic start in life and then loses everything. Tom is lucky in that way, yet war separates him from what he truly wants.

This is a story about the war, about struggles and the fear of those forced to flee from their homeland or made homeless due to an accident.

“The Turks are kicking everybody out of Mikra Asia, Asia Minor. Home. All the Greeks and the Armenians too, the ones they haven’t slaughtered. We’re refugees now”

The harbour at Piraeus Athens is the place where much of the cations takes place. Zoe’s boat docks here as does the boat Tom arrives on. She is rescued from the water with many others close to Kea.

“They are getting close to Athens now; the signs say Marouiss and Kifisia. The road is busier there: cars stream by in the other lane, filed with people and luggage. Horses pull carts. Donkeys trudge along. Men and women push bicycles festooned with suitcases. Children drag along behind their parents.”

The Hotel Grand Bretagne stands on the north-east side of Syntagma Square in the centre of Athens. During the war it was the headquarters of the Nazi occupiers, and later, British HQ. Churchill stayed there while he oversaw the events of the Dekemvriana in December 1944, when British troops fought alongside ex-Nazi collaborators and monarchists against the resistance fighters of EAM-ELAS who had actually defeated the Germans.

Koumoundourou Square which plays an important part in the book, is between Keramikou and Psiri to the south-west of Omonia Square. The whole area bordered by Syntagma, the university, Omonia, Koumoundouro and the industrial zone of Gazi was fought over by EAM-ELAS on one side, British soldiers, Greek collaborationist militia, Organisation X and monarchist troops on the other

“The harbour stretched away, a graceful arc blackened with a rust of human beings”

Zoe states that it smells as its close to the municipal rubbish tip. This on top of the anguish and fear she must be feeling!

A very atmospheric and evocative novel which immerses you in a dark period of history. During the days of the Greek occupation of WW2 and seen through the eyes of two very different characters, this is a heartbreaking read. The experience of war is very different  – a Greek singer, Zoe Valavani and British Officer, Lieutenant Tom Collyer tell the story through their eyes.

The moment Tom rescues Zoe sees their fate linked in way no one could have imagined least of all the reader. There’s some heart strings pulled in this novel and the writing is evocative and strong. Zoe is a really strong character and I felt I learned a lot from both of them. What happens is intense and raw but it;s the way the writer immerses you in the war zone in every way possible which makes this a very heartwarming but ultimately heartbreaking novel.

You do go through the wringer as a reader and there’s a lot to think about after reading it.