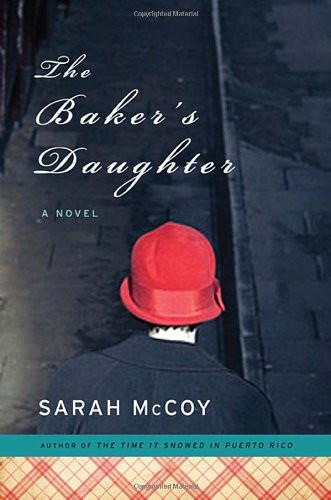 In 1945, Elsie Schmidt is a naive teenager living in Germany with her family. They have been protected from the worst of the terror and desperation overtaking her country by a high-ranking Nazi who wishes to marry her. So when an escaped Jewish boy arrives on Elsie’s doorstep in the dead of night on Christmas Eve, Elsie understands that opening the door would put all she loves in danger.

Sixty years later, in El Paso, Texas, Reba Adams is perpetually on the run from memories of a turbulent childhood, but she’s been in El Paso long enough to get a full-time job and a fiancé, Riki Chavez. Riki, an agent with the U.S. Border Patrol, finds comfort in strict rules and regulations, whereas Reba feels that lines are often blurred.

Reba’s latest assignment has brought her to the shop of an elderly baker across town. The interview should take a few hours at most, but the owner of Elsie’s German Bakery is no easy subject. Reba finds herself returning to the bakery again and again, anxious to find the heart of the story. However, for Elsie, Reba’s questions are a stinging reminder of darker times…

The city where Elsie lives is one very similar to other major cities in that it is full of the terror, fear and suspicion that pervaded almost everywhere in Germany at the time.

Elsie’s mother is keen to give her advice:

“Don’t act like a gypsy or Jewess— unpredictable spirits….One cross word— that’s all it takes, Elsie.”

Of course the bakery doesn’t exist but there is a lovely German bakery in the city  which would be a good place to read the book and sample a few of the delicacies of course. Reba is an El Paso journalist writing a feel-good piece on Christmas traditions around the world. A perfect place to do it!

The baking world creeps into the novel in the language too:  “Josef’s world of power, prestige, and uncensored euphoria…dripped off everyone and everything in the room, like fruit glaze on a strawberry tart.”

2000s: A pretty facade does not a happy house make…