The Apprentice of Split Crow Lane 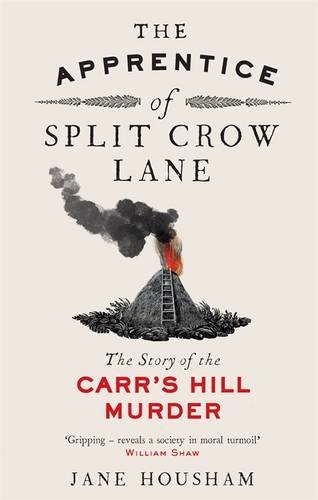 It’s not every day that you trace your family tree and instead uncovering a grisly Victorian murder while researching her it.

Then you start to look into the story even further and discover that it was the cause celebre of its day – in a place you know. Despite the gap of time of some 150 years, the case of a murdered child is still as horrific now as it was then.

On 13 April 1866 on Carr’s Hill, Gateshead five year old Sarah Melvin disappeared, only for her body to be discovered later by a couple who were on their way to the local public house.

The police investigation in to the murder starts straight away and evidence gathered but the horror rings out – just who would have, could have, murdered an innocent little girl and why? 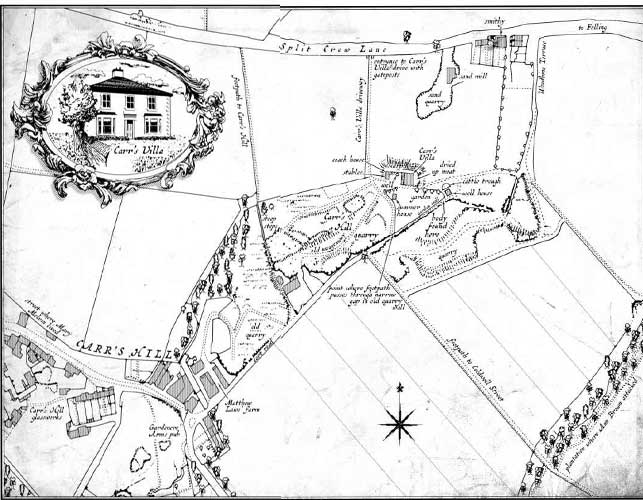 Sarah Melvin is known to have taken  a certain route, the day she was taking in order to visit her father. The book opens with the facts of the case being given and the police starting from their early investigation.

As was the norm in those days, the body was immediately taken to the local inn, before it was taken to the house of the girl’s mother. The autopsy of the body was then performed inside the house! Apparently again, not usual for the time.

The case was horrifying on so many levels but this book looks at the whys and wherefores of the case, behind the mask of the killer and how the machinations of Victorian justice worked.

In exposing the nature of the crime and the reactions of the community and beyond, this is also a portrayal of Gateshead and the North East in 1866. The area in and around Carr Hill is of course very different today but a full and vivid picture of both then and now are put side by side.

This is not a reopening of a case to shed light on the murder itself but rather a spotlight on society at the time, the justice system and the mental state of the perpetrator. CSI Victoriana comes to Gateshead.

What a fascinating read this was. I’ve always fancied myself as a bit of a Victorian style detective and a real case close to where I grew up was just too surreal. This wasn’t a novel but more of a Mr Whicher style account which is ideal for the subject matter as it reads as if you are at the centre of the mystery and are one of the police officers on the case. No, rather a private investigator as the author gets you right to the heart of the matter.

I’d never heard of this murder case – well it did happen in 1866 – but it’s never really been publicised or captured the imagination of  people in the same way as other murders have for some reason. I was fascinated with what I was reading though –  a murder in the centre of a rural community where children weren’t safe and where the most awful things took place in those dark alleyways and behind hedges. The child’s body was placed on her mother’s table for the autopsy as was the norm back then apparently. I was horrified by what I discovered – but I could not take my eyes of it nor my mind from it once I’d finished reading.

Jane’s approach to setting the scene and taking a look at this crime wasn’t like I’d read before. It was fresh, looking at not just the crime or the setting but the reasoning of the killer behind it. There were many social and cultural differences in those times of course and mental illnesses and diseases were not considered in the same positive light as they are now. But to focus on the man who did this terrible crime and looking outwards onto the society in which he lived, was like watching an episode of  Columbo and Victorian CSI – evidence is one thing, motive and means quite another. As for Victorian justice…

If Carr’s Hill isn’t enough to shock you, Jane puts this case into context by mentioning a few other crimes which took place nearby, bringing in documents and snippets from local newspapers and other sources and looking at each person as if there were on an interactive CGI timeline. If you think a historical account of a crime is going to be dry and run of the mill, you’ll be proven wrong with this book. I felt as if was right there at the spot where and where it happened, so much so that when I looked at modern day pictures of the scene, I could also see the ghostly outlines of the past superimposed on them.

This is not just about the crime which took place, but about the effects of the person’s imprisonment and the workings of justice system, then and now. Jane Housham clearly states that she herself has doubts about some aspects of the case, as of course she wasn’t there. But I tell you something, I really believe she might have been in some way. This is as close as you’re going to get – if I’d been any more immersed in the time and place, I would have able to reach inside the book and save poor Sarah Melvin myself.