The Angels Of Lovely Lane (1) 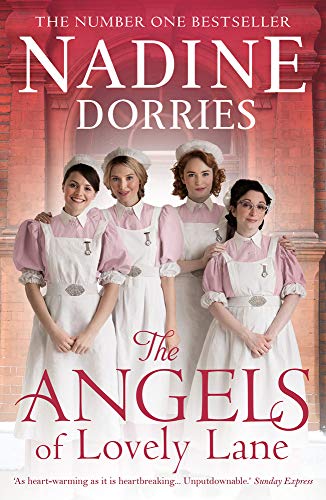 1953: Five girls arrive at the nurses’ home in Liverpool, to start their training at St Angelus Hospital.

It is 1953 and five very different girls are arriving at the nurses’ home in Lovely Lane, Liverpool, to start their training at St Angelus Hospital.

Dana has escaped from her family farm on the west coast of Ireland. Victoria is running away from a debt-ridden aristocratic background. Beth is an army brat and throws her lot in with bitchy Celia Forsyth. And Pammy has come from quite the wrong side of the tracks in Liverpool.

The world in which they now find themselves is complicated and hierarchical, with rules that must be obeyed. Everyone has their place at St Angelus and woe betide anyone who strays from it.

But when an unknown girl is admitted, after a botched late abortion in a backstreet kitchen, a tragedy begins to unfold which will rock the world of St Angelus to its foundations.

This wonderful series is set in and around the fictional St Angelus hospital. The time is the 1950s and it’s a tough times for the nurses and patients.

In 1950s Liverpool, five very different girls begin their training at St Angelus Hospital, in Lovely Lane. The nurses are known locally as the Angels. They are Dana, Victoria, Beth, Celia and Pammy, and at St Angelus they learn quickly about life – the ups and downs and everything in between.

The books provide a rich tapestry about poverty, sacrifice, and community spirit, set in post-war Liverpool in the early days of the NHS.