Tales of the Alhambra for children 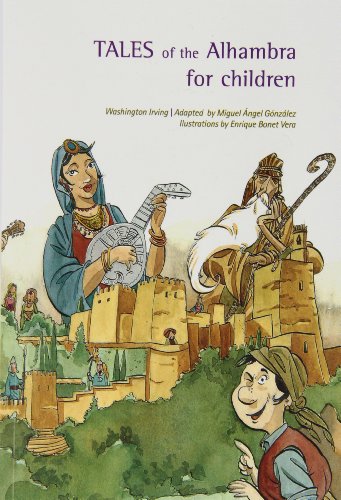 Washington Irving described  Granada as “a most picturesque and beautiful city, situated in one of the loveliest landscapes that I have ever seen.”

He wrote a collection of stories about the Alhambra palace as he become so in love with it that he wanted to spend time there and get to know its story and history. These tales are a mix of historical events, myths about the palace, its historical occupants and the changes in the city of Granada at the foot of the hill where the palace stands.

Adapted for children, this is the story of not just one building, but a history of a city’s people and their culture.

Booktrail Boarding Pass Information: Tales of the Alhambra for Children