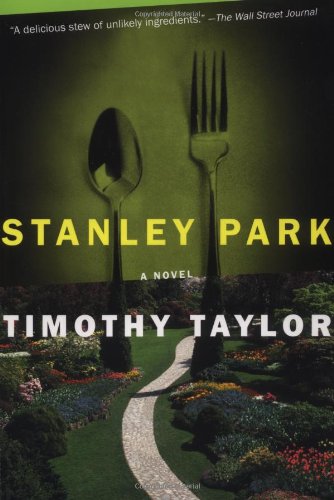 2012: Out of all the places the booktrailers have visited, Stanley Park and Vancouver are top of the list. From the horse-drawn carriages to the colourful totem poles and a view of the mountains above. Stunning!

A love story wrapped in a murder mystery.

Jeremy Papier is a Vancouver chef and restaurateur who owns a bistro called The Monkey’s Paw. He favours the local food and flavours and is at odds with his nemesis Dante Beale who favours a globalised fair.

Meanwhile – Papier’s father is an anthropologist studying homelessness in Vancouver’s Stanley Park, who draws him into investigating the death of two children in the park.

Stanley Park, Vancouver is the green heart and oasis of the city, which has been likened to NYC’s Central Park, but which is however not central to the city but is surrounded by water and which can be reached by a pathway of sorts – an isthmus. The Lion’s Gate Bridge connects it to the city (and where the Lion Gate Films gets its name) yet it is a world away from the hustle and bustle of the city and has many paths and ways of getting lost. Not to mention the legends and stories that abound…

You will want to sit on the edge of the park with a coffee in your hand though while you think about what you have just read.

From several points in the park, you can see the green grass, the lovely clear river and the snow on nearby Grouse mountain. Picture postcard perfect!