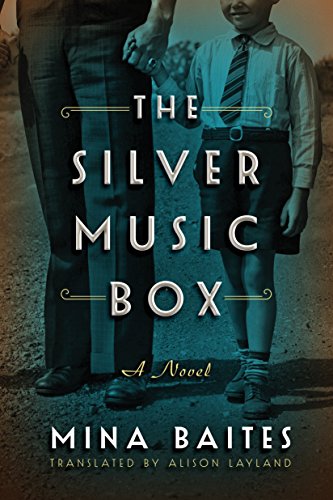 1914. For Paul, with love. Jewish silversmith Johann Blumenthal engraved those words on his most exquisite creation, a singing filigree bird inside a tiny ornamented box. He crafted this treasure for his young son before leaving to fight in a terrible war to honor his beloved country—a country that would soon turn against his own family.

A half century later, Londoner Lilian Morrison inherits the box after the death of her parents. Though the silver is tarnished and dented, this much-loved treasure is also a link to an astonishing past. With the keepsake is a letter from Lilian’s mother, telling her daughter for the first time that she was adopted. Too young to remember, Lilian was rescued from a Germany in the grips of the Holocaust. Now only she can trace what happened to a family who scattered to the reaches of the world, a family forced to choose between their heritage and their dreams for the future.

The story takes place in Altona, a small village not far from Hamburg in Germany. (now a suburb) The war is looming and all the protests and demonstrations for peace have come to nothing” People are preparing themselves for war.

The atmosphere in the city is getting more frightening every day. However only a few months ago, life for people here had been good as the railways are growing and expanding but the assassination of the heir to the Australia- Hungarian  throne and his wife in Sarajervo in June, had put paid to much of the hope that might have existed before.

In the Author note, she states that this story of Jewish volunteers had to be told. Jews in Hamburg and Altona and Lubeck were not made to wear the star of David until the 1940s and so many Jews, like those in the story were able to move away without being marked in this way.

The Shabat boycott (the call to Boycott Jewish businesses) started on April 1 1933. This happened gradually and as in the novel, there were still companies trading in 1935

As for transporting children out of Germany, it was only possible for foster parents to adopt after their child had been in their care for five years. This period has been shortened in the novel. 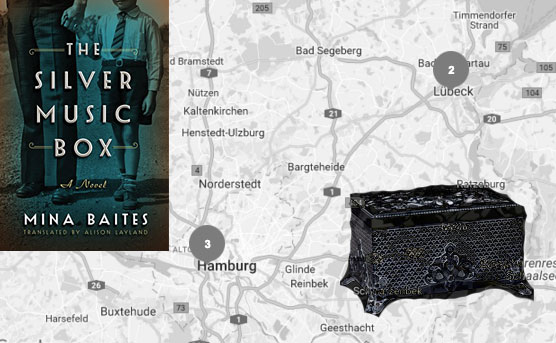 A story that sings and soars like the bird of the bird box. It’s made by a Jewish jeweller for his little son before the father  volunteers for WWI to show he is a good German. This war story, is unlike any other in that it looks at the Jewish people and how they helped and worked hard for their country, helped others less fortunate and wanted to play their part in the war. It’s a poignant story and one where you gasp in hope one moment, cry in the other and shed tears knowing that this is not going to end well.

It’s very emotional as  you might expect, but this goes further in that it seeps right into the heart of the story that is not often told  – the Jews who played a role for their country. What happened before the US entered the fray, before the worst of the worse which the world now knows happened -the early stages were no less chilling and heartbreaking.

The story flits between Germany and England, but it’s the story in Germany that plays the biggest role and leaves the biggest impact and I have so much newfound respect for the many Blumenthals  in history.