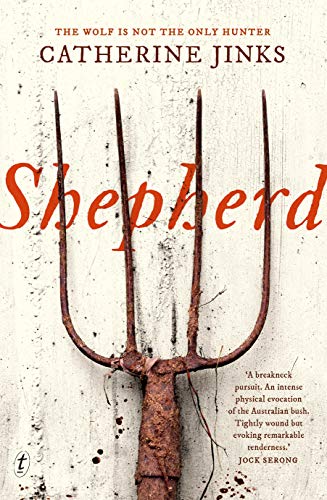 1840s: A story about the brutality and courage of Australia’s colonial frontier.

Tom Clay was a poacher back in Suffolk. He was twelve when he was caught, tried and transported to New South Wales.

Now, assigned to a shepherds’ hut out west, he is a boy among violent men. He keeps his counsel and watches over his sheep; he steers clear of blowhards like the new man, Rowdy Cavanagh. He is alert to danger, knowing he is a foreigner here: that the land resists his understanding.

The question is: how fast can he learn?

Because a vicious killer named Dan Carver is coming for Tom and Rowdy. And if Tom can’t outwit Carver in the bush – and convince Rowdy to keep his stupid mouth shut – their deaths will be swift and cruel.

Travel to the Australian Bush with the Shepherd

Shepherd is set in the bush, but not in Leura. There was never much grazing around here: the land is too rugged. You’d need to head west along that convict-built road until you reach the foothills – or perhaps south, into the well-watered Shoalhaven area. I was never specific about my backdrop, because I didn’t need to be. As long as there’s bush, hills, creeks, no coastline and a convict history, Tom might have been there.

But if you want an Australian bushland experience, the Blue Mountains National Park is certainly a good place to begin. For one thing, you can reach the area by train. It also caters for visitors, with lots of tours and accommodation and cafes. You can stand at Echo Point lookout and admire the Three Sisters rock formation. You can explore the Jenolan caves – the oldest open cave system in the world. Most importantly, you can go for a walk. You can take advantage of the vast network of hiking trails and really experience what Tom would have experienced: the sights, the sounds, the smells, the secret places.

First, though, you should stock up on water. And if you’re going any distance, you should report to the National Parks office at Blackheath, where you can borrow a free personal locator beacon.

Because it pays to remember: there are always risks in the Australian bush.