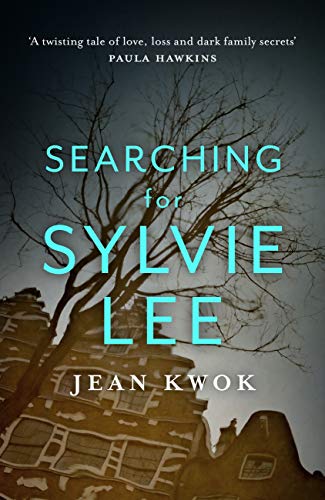 2000s: The portrait of an immigrant family

It begins with a mystery. Sylvie, the beautiful, brilliant, successful older daughter of the Lee family, flies to the Netherlands for one final visit with her dying grandmother – and then vanishes.

Amy, the sheltered baby of the Lee family, is too young to remember a time when her parents were newly immigrated and too poor to keep Sylvie. Seven years older, Sylvie was raised by a distant relative in a faraway, foreign place, and didn’t rejoin her family in America until age nine. Timid and shy, Amy has always looked up to her sister, the fierce and fearless protector who showered her with unconditional love.

But what happened to Sylvie? Amy and her parents are distraught and desperate for answers. Sylvie has always looked out for them. Now, it’s Amy’s turn to help. Terrified yet determined, Amy retraces her sister’s movements, flying to the last place Sylvie was seen. But instead of simple answers, she discovers something much more valuable: the truth

BookTrail travel to the Chinese Immigrant experience in NYC and Netherlands

This story of a family member going missing in another country is sadly inspired by the author’s real life experience.  The author’s elder brother took off, boarded a plane and never returned …

The family had emigrated from Hong Kong to Brooklyn, New York, when the author was five years old. They all started to work in Chinatown in a clothing factory to make money and lived in a tiny apartment. She soon realised that her parents were lost in their new home and found it more difficult to assimilate than her and her brother. Her brother became her substitute parent in some ways and her confidante; he was good at work and learnt English quickly. After the factory, and their father’s death, the two siblings seemed closer but she is convinced that he had started to take on the burden and the guilt of them living and struggling in a new country. They start to ensure their mother is looked after and taken on trips every year. The brother is a keen pilot and goes to buy his own plane as his passion was flying. Sadly, as he’s bringing the plane back to his home of Virginia, it crashes.

The true story of the author’s brother who went missing

In the novel, the sister travels to Amsterdam and heads about half an hour out of the city to a fictional and vague town where the grandmother lived to find her sister.