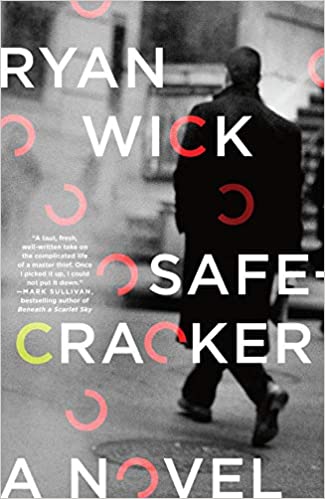 2000s: A safecracker has the biggest and most dangerous challenge of his ‘career’

Safecracker Michael Maven’s latest job should be simple: steal a rare coin from a New York apartment. Except the coin’s owner comes home with a beautiful woman, who murders him, nearly murders Maven, and takes the coin herself, and then Maven’s life gets really complicated: the woman’s boss, a sadistic drug lord, forces him to take on a far more dangerous job.

If Maven fails to crack the safe of a rival cartel boss in Miami, his friends and family will die. If he succeeds, he might. Which means he not only has to somehow pull off an impossible heist, but also outwit two crime bosses as well as his reluctant new partner – the woman who started it all.

Travel from NYC to Miami and via Chicago cracking safes

This is a Mission Impossible style adventure of a  novel. There’s a challenge to steal, crack a safe and all set in the world of international espionage and  drug cartels.

None of the locations get a good label stuck on them. Getting your throat cut in a New York bar is an impressive start to the adventure in the novel however! Add to that a chase, a battle of wills with another safecracker and a war on all sides with the Mexican drug lords. Miami is the location where drugs are everywhere and the mafia and drug lords find their save haven here for South Beach and the glamorous areas have to get their money from somewhere!

Chicago is another hunting ground. It may feature and highlight The Magnificent Mile but you wouldn’t want to see it with these characters present!

The real life Sinoloa cartel is opened up in this novel and it’s a scary sight!