Resolution (The boy who sailed with Captain Cook) 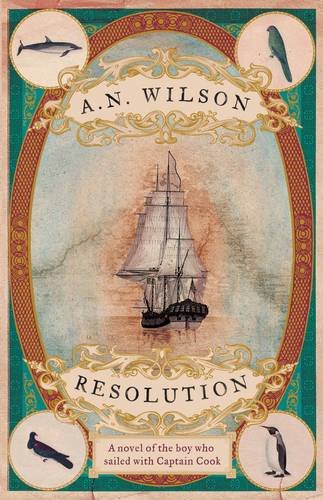 1761 onwards: An account of Captain Cook’s journey through the eyes of the botanist who went with him.

Captain Cook was one of Britain’s greatest explorers. On HMS Resolution, he travels with his botanist George Forster, a young man who is excited to be with such a prominent explorer. This is Cook’s second expedition to the southern hemisphere and George would pen an account of everything that went on during that time.

Resolution moves back and forth across time, to depict Forster’s time with Cook, and his extraordinary later life, which ended with his death in Paris, during the French Revolution.

This is the remarkable true story (although fictionalised here of course) of Captain Cook’s journey to look for the southern continent in 1772 and the journey which saw him explore the Antarctic coast,  New Zealand before returning to England in 1775.

Cook’s third voyage was to find the North-West Passage – the strip of sea which was thought to link the Atlantic and Pacific oceans. This was hard to find and so he instead explored the island of Hawaii. Relations with the islanders were soured after the theft of a ship’s boat. On 14 February Cook tried to take the local leader hostage but was stabbed and killed.

The island is named after Capt. James Cook’s ship Resolution which landed here on Dusky Sound during Cook’s Second Voyage in March 1773.

This was the island where Cook famously died. There is a monument to the great explorer himself where he landed in the boat.

Islands which were named after the great explorer

WOW what a journey! I had learned a little of Captain Cook and his journeys but not from the eyes of someone on board his ships. I think this premise worked really well as it allowed you to see more of the man behind the image and the everyday detail that official biographies might not see. It’s a relatively short work at only 275 pages or so, but that just makes it flow even faster. Sorry I promised myself I would not include watery words or idioms in this review but it’s hard not to!

I love ships. LOVE them so this was a great journey for me to go on as I would have loved to have done such a journey in real life. I did feel the passion and the detail could have been more evocative. The writing didn’t flow as much as I would like – it did read as history book at times but that’s only a small niggle as overall the whole concept of the journey and the significance of it all took over.

This novel will certainly get you googling and looking up maps – it would be rude not to as it demands further exploration (sorry again) Book Ahoy!