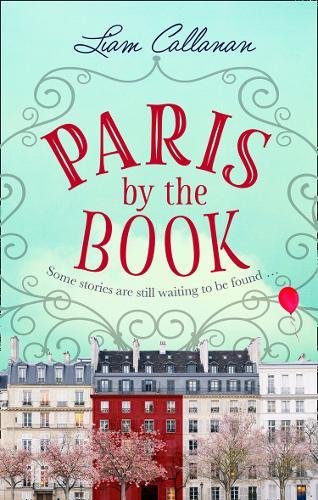 Twelve weeks before Leah Eady arrived in France, her husband disappeared. Early one morning, he walked out the door and never came back. All he left behind was a scrumpled note in a cereal box, leading her to the bustling streets of Paris.

Once she arrives, she discovers a mysterious unfinished manuscript written by her husband, and set in the very same city. Hoping to uncover more clues, Leah takes over a crumbling bookshop with her two young daughters, only to realise that he might just be closer than any of them ever imagined…

…but what if he doesn’t want to be found?

Paris by the book: 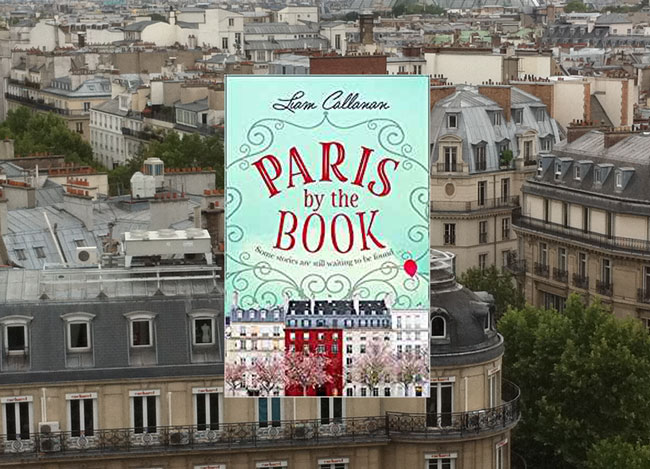 Parisians treat their bookshops a bit like they treat their bakeries – they are important, not something to fetishize – it’s just bread, they’re just books –  but due extra respect.The electrical grid, the sewer system, :these are essential things, but books, baguettes – if they disappeared tomorrow, one might as well disassemble the Eiffel Tower and drain the Seine.

But that afternoon in Paris, books were more backdrop than anything. Ellie and Daphne ran their hands along the spines (it’s a family trait, I fear; they just like touching them, as if to reassure themselves, yes, there they are) but pulled down very few volumes”

Stay together said the guide as we stepped out in the “feetsteps” of Madeline. So far, so good. Sadly it turns out that the tour guide seems to have no great love nor understanding of the book or of  Bemelmann’s creation!

As for the girls, they love the squiggles, the animated looseness of  Bemelmann’s art, the pages that looked like he’d scratched them out in thirty seconds (although they were often the result of their drafts, robert said) but most of all the fact that, pretty as Paris was, danger lurked around every corner: in the first book of the Madeline series in hardly 350 words, there ‘s a  robbery, a wounded soldier, blood-speckled mist roaring from a tiger’s mouth, a snow-storm, a rainstorm, am ambulance ride through the legs of the Eiffel Tower, and of course, a dead of night appendectormy”

“we’d reached the Pont Neuf,  the bridge where in the series’ second book, Madeline falls into the Seine, only to be rescued by a dog Madeline’s classmates adopt and name Genevieve”

The bookshop in the novel is inspired by the Red Wheelbarrow Bookstore which used to be in the Maria area of the city. Of course, a place which has definitely inspired the fictional store and one which plays a role in the novel itself is the iconic Shakespeare and Company.

Every book is a bookstore is afresh beginning. Every book ins the next iteration of a very old story. Every bookstore, therefore , is like a safe-deposit box for civilization.” 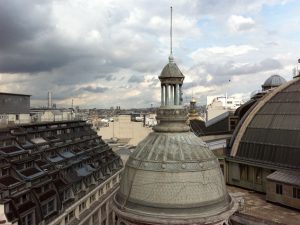 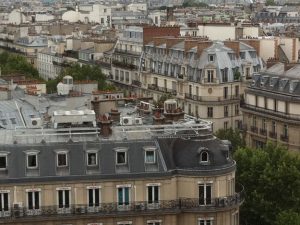 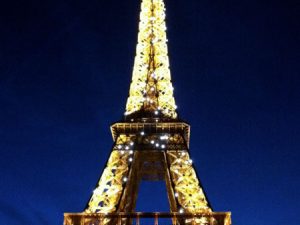 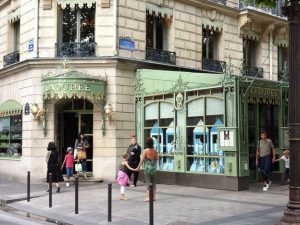 Despite the title, this is is not a story just about books and bookshops. It’s a story of grief and how a woman who has lost her husband manages to navigate her life and the city around her.

There are strong literary references here however – The Red Balloon by Albert Lamorisse and the Madeline books by Ludwig Bemelmans are what brought the couple together and what leads us around the city now with Leah and her search for the truth. I thought it was lovely how these books wove part of the tale and were so instrumental in building up the picture of Paris and its various water colours, shades of how literary Paris is. The family end up working in a bookstore and we even get to visit their store (based on a real one) and the iconic Shakespeare and Company. IF you don’t know of these books or haven’t seen the fim The Red Balloon, then it really ramps up your appreciation of the novel if you have.

The girls are convinced that have spotted their father in various places in and around the city Paris. When someone want to buy the book in the window, Leah discovers someone has written “I’m sorry,” inside. Could it have been her husband?

The sadness is palpable and the worry and grief follow her around and colour her Paris as we discover it with her. It’s a novel which grows on you slowly