The Owl Always Hunts at Night 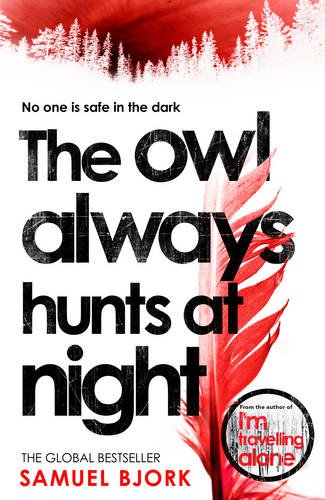 When a young woman is found dead, the police are quick to respond. But what they find at the scene is unexpected. The body is posed, the scene laboriously set. And there is almost no forensic evidence to be found.

Detective Mia Krüger has been signed off work pending psychological assessment. But her boss has less regard for the rules than he should. Desperate to get Mia back in the office, Holger Munch offers her an unofficial deal.

But the usually brilliant Mia is struggling and the team are unable to close the case. Until a young hacker uncovers something that forces the team to confront the scope of the murderer’s plans and face the possibility that he may already be on the hunt for a second victim.

Hurum is a municipality in Buskerud county, Norway. It’s the setting or a grim scene in the novel but in reality is a lovely area for walking and wandering. The coastline is something else and the forested areas seem to go on for miles.

Filtvet Lighthouse might be able to shine a light on the crime scene for Mia and Munch as there is darkness here at night and even during the day given the density of the trees . This is indeed the frozen north where its not just the weather which is cold but the blood in your body. The landscape is a trap, a prison and a place you might never escape from.

Norway is dark for three months of the year. No daylight at all so you can imagine how this novel creates those dark forest scenes in your mind and never lets them fade. Even Munch  starts to wonder why people would ever settle in a place where  cold darkness traps everything in its shadows.

Even the city here is oppressive in this novel. The police and investigation seem to go nowhere quickly.  Munch as ever is more than a little bit out of touch with modern technology. Mia with a whole batch of other battles and a computer genius. A unique team at the Oslo police department

Travelling Alone with an owl on the hunt at night? Even the titles of these novels are a bit scary. This is a lot darker than the first novel but follows on well although I’m pleased I read the first one before starting this one as it does explain a lot of the underlying issues of the characters.
The crime scene at the start is grim and there’s a sense of hopelessness which pervades the whole investigation – no DNA or forensic evidence, the unsettling nature of the crime, the police officers who have more than their fair share of issues to deal with. Heavy stuff some of it but the investigation is never going to be easy anyway is it.

There are some very dark issues here in this book and some of them have created disturbing images in my head that  will linger for some time. Having said that it’s proof that the novel has immersed me into its dark and twisted pages. The darkness does get very heavy at times but then a novel which touches on mental issues, a home for troubled children and ritual deaths is not  going to be happy is it?
The chilling nature of Norwegian claustrophobia is more than well done. I just need to get beside a fire and warm myself up now.