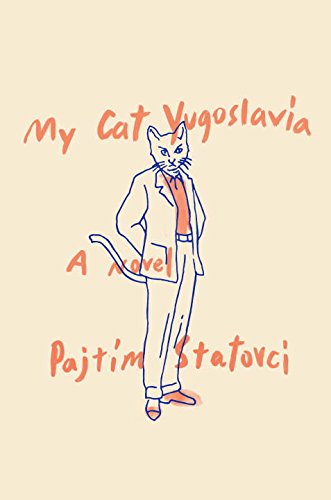 1980s: From Yugoslavia to Finland in the search for stability and love

A 16-year-old Muslim girl named Emine in Yugoslavia is married off to a man she hardly knows. Her country is torn apart by war and she flees with her family.

Decades later Emine’s son, Bekim, has grown up a social outcast in Finland; both an immigrant in a country suspicious of foreigners, and a gay man in an unaccepting society. Aside from casual hookups, his only friend is a boa constrictor whom he lets roam his apartment even though he is terrified of snakes.

But one night in a gay bar, Bekim meets a talking cat who moves in with him and his snake. This witty, charming, manipulative creature starts Bekim on a journey back to Kosovo to confront his demons and make sense of the remarkable, cruel history of his family

This is a story is about a family who moves from Kosovo to Finland for a better life, away from the war back home. A war which is getting worse and worse by the day.

Finland is a new and promised land

“Bajram had told me that people in Finland lived in enormous detached houses with swimming pools , laminate floors and large kitchens. He said that all the houses were at least 150 feet apart and that in Finland people respect one another’s privacy by placing their houses far apart, unlike in Kosovo, where houses are built in a row, each higher than the next. Imagine, grua, it’s a completely different world”

There’s a feeling throughout the book that his family and himself are all lost and displaced. Living on the edge and not knowing when it’s time to call Finland home -if ever- and not knowing if Kosovo will ever be home again

“In Kosovo people disappeared all the time, young girls were abducted at the bazaar, small children stolen from their mother’s arms and driven away”

There is a loneliness and sense of isolation and lack of hope:

“Bajarm knew that full-out war was round the corner. Worse still, he knew he wouldn’t be able to get back to Kosovo before it started or while it was going on”