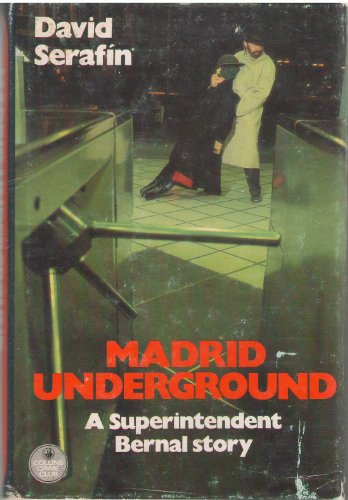 1977:  A booktrail on the maddening maze that is the Madrid Metro is very thrilling indeed

It’s May 1977, and Madrid is preparing for the first general election to be held in Spain in forty one years.

Election propaganda can be seen plastered on to every wall, and spare space in the city. Political build up has caught everyone in its grip and everyone is focused on the unfolding events in the city. So when a bearded man goes into a metro station with someone on his arm, no-one notices.

But this mystery companion, muffled up to the eyes, suddenly keels over dead in the train, blood coming from their mouth.

The bearded man is nowhere to be seen.

If you have never been on the Madrid metro then this is a fine introduction  – a novel so full of intrigue that it will make you want to go to the stations mentioned and see and feel the atmosphere for yourself.

The novel takes place at an iconic time in Spanish history – the first free general election to be held in the country for 41 years following Franco’s dictatorship. so to have this political and historical background with the added intrigue of what could be a serial killer at large, then the scene is very nicely set from the first page.

The metro system in Madrid is manic, busy, noisy and always crowded so this really acts as a shroud and trap for what is to come. The fast trains which zip over the city are the only witnesses it would seem to murder on the metro.

Madrid – The metro system of Madrid

On the booktrail we take you to five different metro stops to some great sights around the city – via the metro of course!