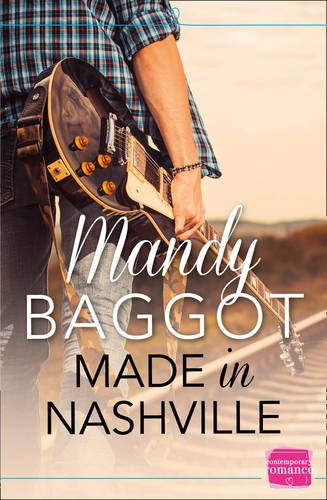 2000s: Nashville – famous for country music. What about the cowboys though in the search for love?

Honor Blackwood used to be one of Nashville’s rising country stars until she was attacked on stage ten years ago and so had to leave. With her musical dreams in tatters, she was left with more than the scars on her face but that was ten years ago and she is tempted to return.

the country music scene has changed and Jed Marshall is the star of the moment.  Everyone wants a piece of him – he’s the new rock star that everyone wants but when he sets his sights on Honor, she’s not so sure. An ex boyfriend as also come back on the scene, signed up by a record company. Does everyone just want to use Honor or will she get the life she deserves and the life she wants back?

Nashville, the home of country music, the checked shirts, the dancing and everything that goes with it. Mandy says in her introduction that the books if for everyone with a little bit of redneck going on inside and that you should live ,love and line dance. So the advice is to kick off your cuban heels and get swinging those ropes round your head.

The scene is set from the first page, the first cover and with a playlist in the book that Many thinks you should play to accompany your reading, this is one immersive read that utterly recreates the sights, sounds, musical delights and  you can feel the excitement of the stage spotlights, the singing, the anticipation of the crowd. Yee haa! Whether you like country music or not, you’ll be tapping your feet in time to the words.

The country swagger in the deep south of the US of A is wrapped up in a big bold musical bow and put on the record player. But the record doesn’t play smooth and the bumps in the track make for some very interesting moments…