Lost in the Spanish Quarter 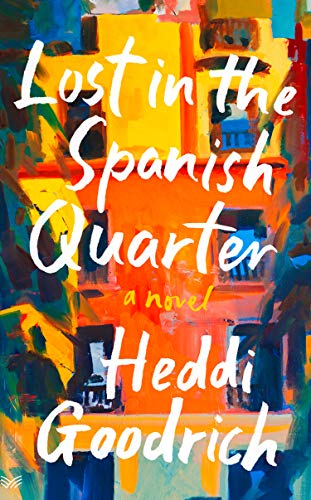 2000s: In the Spanish Quarter of Naples, comes a poignant tale of first love

Several years after leaving Naples, Heddi receives an email from Pietro, her first love, admitting that he was wrong. Immediately, Heddi is transported back to her college days in that heartbreakingly beautiful city built on ruins and set against the cliffs of a sleeping volcano. Just the thought of the Spanish Quarter, the crumbling apartment she shared with friends and where she first met Pietro, still spark the pain of longing and a desire to belong. For Heddi’s tribe of university friends, Naples was the first taste of freedom and an escape from their familial obligations. But for Heddi it is the place where she searched for the roots she never had, while Pietro tried to escape his. For all of them Naples is a place that they’ll never forget: the setting of their unrestrained youth.

Two university students meet and fall in love in the Spanish Quarter of Naples. Heddi is from America and is studying languages and Pietro is from Southern Italy studying geology.

The city of Naples comes to life here. As you might expect with a story of two students falling in love, there’s wandering around streets, visits to parks and descriptions of the city and its history. The streets are cobbled and twisty, the alleyways narrow and intriguing and the cafes full of fellow students. There’s also mention of the great Vesuvius mountain, the underground caverns and tunnels and the Fontanelle Cemetery.

Be sure to visit the Caffe Gambrini as this was a literary hub in the 1800s and it’s where two of the characters meet in the novel.