Letters to a Stranger 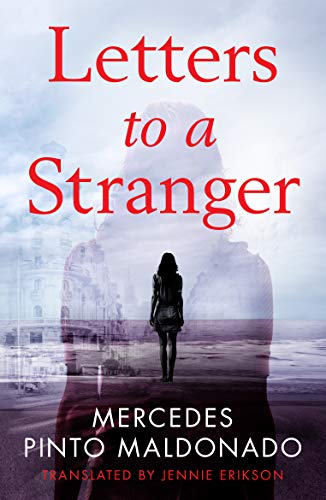 2000s:  Her family is built on secrets and lies. Can she confront the truth she’s been running from for years?

Fifteen years ago, Berta fled from Madrid to London to escape the controlling mother who made her childhood a living nightmare. Now, following her mother’s death, she is forced to return and face the ghosts of her unhappy past.

But it is not long before she discovers that her own bleak memories are nothing compared to the dark deception lurking in her family. How did her sister’s loveless marriage really end? And is the loyal housekeeper really hiding the truth about the strange disappearance of Berta’s father?

As she searches for facts among the fiction, Berta finds a handful of letters that reveal a story more twisted than she could ever have imagined. And as she starts piecing together the sinister family mysteries that have always plagued her, it soon becomes clear that these dangerous secrets are not confined to the past…

A Booktrail of discovery from London to Madrid

She flees to London as this is going to be her new start in life. But ‘the magnificence lay hidden beneath a dense blanket of endless dreary grey.”

And  it’s “a city ruthless with its weak.”

Most of the novel takes place here. The city’s streets and shadows are familiar to her yet strange at the same time. It’s a place she hasn’t seen for 15 years and now she has to sort her mother’s estate. She and her mother never got on, so the memories here are raw and painful and the descriptions of the city reflect this. From restaurants to hotels, there are a few fictional places but all are quite anonymous in the search for the truth and the character study that this book really is.

2018: The first episode of a gripping new Nordic Noir series…