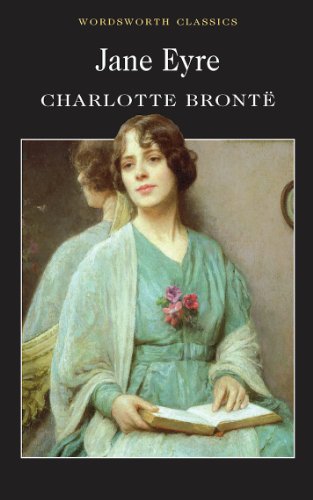 1800s: The Yorkshire landscape is as much a character as Jane Eyre herself

Jane Eyre – the downtrodden but free spirited heroine of Charlotte Bronte is one of the most well known figures in  literarture. Orphaned as a young age, she is abused and hated by her aunt and her family, told off when she tries to read and given the scraps despite living with her wealthy cousins. Sent off to Lowood School she is once again controlled and bullied by others but she makes fast friends and applies herself well to her education.

When she successfully applies for a position of governess at Thornfield Hall, she learns what it means to be free and independent. But when she meets her master Mr Rochester she finally believes she has met someone who can make her happy.

But Thornfield Hall has a secret, a secret which if discovered could threaten everything she has ever known.

The real setting here of course is the landscape where women are free and independent and they are no longer under the control of men or the whims of society. Jane Eyre had the strength of character that would be admirable now so back in the 1800s. Jane Eyre – a single women who wanted to be educated and not be dependent on a man  – was unique and ahead of her time.  Charlotte Bronte’s home and the parsonage where the sisters lived and wrote the books is now a musuem and a must see for every Bronte fan.

Despite a difficult start in life, the death of her parents and a rich aunt who depises her and treats her with contempt, her only solace is to hide behind the curtains of the library and read. But cousin John drags her out and she is then locked in the red room where her uncle died and which she believes to be haunted. Such cruelty at the hands of her relatives is hard to read but Jane’s spirit stands strong.

At Lowood School in Gateshead, Jane thrives despite the cruelty of the master and indifference of some of the staff. She forms fast friends and even when disaster strikes learns to stand up for herself and use her experiences to help others. She loves to learn and teaching to her is invaluable as it represents helping others, helping other women and getting out into the world and standing on her own two feet.

Thornfield Hall is  a grand hall, and home of a rather standoffish Mr Rochester. They are very different in many ways, he strong and powerful and she quiet and unassuming. He thinks that she will be another woman, a servant who will do as he says but she is not the submissive everyone expects and she challenges him in his own home. There is a dark and gothic feel to Thornfield Hall, and Jane hears ghostly laughter and cackling in the corridors. Candlelights cast shadows over Mr Rochester and the other inhabitants of the house – one  a mysterious servant who scowls at Jane, but there’s the nice Mrs Fairfax and Jane’s ward Adele who she really gets to love. This is the first time she feels part of a family but the strange goings on at the hall, Mr Rochester’s trips to Spanish Town Jamaica and a mysterious visitor. It’s at Thornfield that Jane finds new ways in life, and wanders around the huge halls and rooms with the whispers of ghosts and hidden secrets in her ears.

You may have read the book Jane Eyre. If not you should as it’s perhaps one of the best books I have ever read, so much so that I have several editions in several languages and have seen various  film versions.

But the original English version is always the best and I have my copy purchased from the bookstore attached to the Bronte parsonage in Haworth, not far from Leeds.

When you visit  the area, its like stepping into a Bronte novel. There are many towns and landmarks around the area that that continue to fascinate Bronte enthusiasts and scholars above all.

The language and the novel’s setting are like a perfect marriage and you have to visit Haworth to really see what I mean. The novel is structured around five separate locations, all supposedly in northern England: the Reed family’s home at Gateshead, the horrible Lowood School from Jane’s childhood, Rochester’s manor house Thornfield and Rochester’s rural retreat at Ferndean.

I also see examples of  Bronte locations  in other places I visit: there are old ruins of a house near Gibside in Gateshead (The Main House – home to the Bowes-Lyon family) and this to me could have been Thornfield Hall. I see Jane returning to the house as it lies in charred ruins very time I go there. I can almost see Rochester on his black horse with Pilot the dog running across the field.

Another link I love about The Bronte sisters is that they were well travelled women for their day and travelled to Brussels, living there for a time in order to improve their French. I took myself off on  a Brussels Bronte guide when I was there and discovered a city hidden from the majority. And its such a treasure, it’s a rare treat for the real fans of these fantastic writers.

The richness these sisters  created out of the richness of their surroundings was just extraordinary.