In the Far Pashmina Mountains 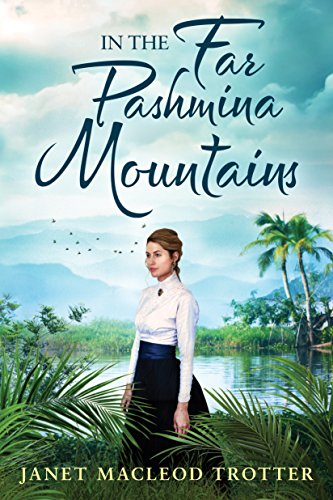 1810 to 1842: From shipwreck and heartbreak to treachery and war: can their love survive?

Abandoned as a baby and raised in a remote lighthouse off the wild Northumberland coast, Alice Fairchild has always dreamed of adventure. When a fierce storm wrecks a ship nearby, she risks everything in an act of bravery that alters the course of her life.

Aboard the doomed vessel is the handsome John Sinclair, a Scottish soldier on his way to India. The connection between them is instant, but soon fate intervenes and leaves Alice heartbroken and alone. Determined to take charge of her destiny but secretly hoping her path will cross again with John’s, she too makes a new start in colonial India.

Life there is colourful and exotic, but beneath the bright facade is an undercurrent of violence, and when the British invade Afghanistan, Alice is caught up in the dangerous campaign. When at last she hears news of John, she is torn between two very different lives. But will she follow her head or her heart?

From Northumberland and Scotland in the UK, to India/Pakistan and Afghanistan…

The author was inspired by one of her ancestors – Lieutenant Donald MacLeod of the Honourable East India Company who left his home on the island on Skye in the 1760s for a soldiers life in India. In the novel,George reveals how travel by boat has developed over the years:

When I first went to India, it took five months to sail around the Cape,’ said George pointing out the Atlantic Route, ‘and then across the Arabian Sea and round into the Bay of Bengal to Calcutta.’

Sailing is the way man discovers the world:

The quickest way to the Orient is via the Mediterranean and then travel overland through Egypt to the Red sea. It’s trough going but it’s half the journey time compare to sailing around Africa.

John asks his foster father who lives in these mountains and is told the Mongol tribes and   Kings. One day, John says he will go there and find out for himself.

The early life of Alice was inspired by the very real and very courageous Grace Darling who was a lighthouse keepers daughter but who helped rescued shipwrecked sailors off the Northumberland Coast near The Farne Islands and Bamburgh.

The invasion of Afghanistan makes up the latter part of the novel and  the author is keen to pooint out that the subsequent horrors and the retreat and captivity of women is based on true fact. Many of the characters are based on true fact – The Sales, MacNaughtons and officers in the army are real. Afghan leaders such as Shah Shuja, Dost Mohammed and Akbar are also real figures.

He had a passion for maps and was fascinated by Hercules’ ones of India. He loved to point out to his friends the kingdom of the Afghans and the Kyber area from where Azlan came. Yet it was the unmapped ares to the east and north that intrigued him the most.