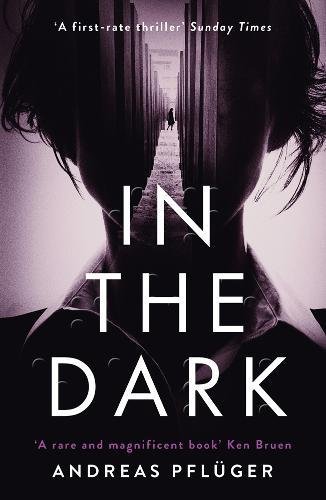 2000s: A blind policewoman, but she can see things others can’t.

Jenny Aaron was once part of an elite police unit in Berlin, tracking the country’s most dangerous criminals. She was the best. Until a mission went wrong and she lost her sight forever.

Five years later, Aaron has shut out her past life and learnt to get by in a darkened world. A world now guided by sound, smell, instinct and intuition.

Then she receives a call from her old boss. A prisoner has committed a brutal murder in his high security cell. And he will only confess to one person: Special Agent Jenny Aaron.

A very unique guide to Berlin and the world of a blind police officer. She knows Berlin yet now blind, has to navigate it in a new way. She uses a method she has learned from other blind people; the art of sonar. Much like animals in the sea, who navigate with sound waves, it turns out that people can also master this unique skill. Her world is one of sounds:

” On the second floor she is overwhelmed by sounds. Telephones, countless footsteps that she can’t assign to anyone. Men whispering, a vacuum cleaner. She likes rooms that she can map. the clear definition of all the sounds: the creak of new carpet, the squeaking of a door in the wind, the quivering of water in a glass, the quiet heartbeat of reflection.”

She navigates the streets by counting the seconds between traffic lights. When she has to hide between two vehicles, it’s a problem when the car is attached to a trailer. Obstacles, every second of every day. A new way of navigating a city, a job, a life.

The traffic at Fernsehtum is bad but the noise of the engines, the car horns, the heat of the engine can all be clues as to where the jams are, which car will move the fastest at the green light. Navigating the trams around the city is also interesting to read about. The clicks, the noise of the brakes, counting the stops and the incline of the streets can all provide clues as to where you are.

People in a city can be too helpful Aaron says. They see a blind person stop at the side of a road so assume they want to cross the street. They help you along, leave you in a strange place you didn’t want to be. Blind people stop to listen, navigate.

A unique novel to understand the challenges of getting around a city fast, and hiding from criminals, going into a prison and facing your worse adversary.

BookTrail Boarding Pass: In the Dark