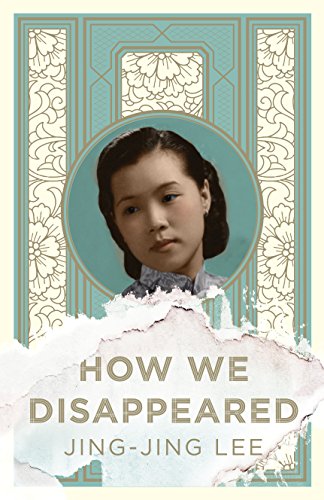 1946: Japanese troops invade Malaysia and Singapore and lives are changed for ever.

As Japanese troops sweep down Malaysia and into Singapore, a village is ransacked, leaving only two survivors and one tiny child.

In a neighbouring village, seventeen-year-old Wang Di is bundled into the back of a troop carrier and shipped off to a Japanese military brothel where she is forced into sexual slavery. After sixty years of silence, what she saw and experienced there still haunts her present.

In the year 2000, twelve-year-old Kevin is determined to find out the truth – wherever it might lead – after his grandmother makes a surprising confession on her deathbed, one she never meant Kevin to hear, setting in motion a chain of events he could never have foreseen.

War time in any country is never going to be easy to read about or revisit in any kind of war, but war in Singapore was particularly brutal. This is the story of the Japanese invasion of Malaysia and Singapore and the violence, the brutal cruelty and death left in their wake.

“It was March when the first of the soldiers came. There had been murmurs, talk about them going from village to village, taking whatever they wanted – mostly food and supplies.”

Wang Di goes through, as many women did at that time, unfathomable cruelty at the hands of Japanese soldiers. They were used as prostitutes and raped repeatedly by them in specially created brothels. Although they were referred to as “Comfort women” there is nothing comforting about this and it’s very hard to read at times. Unimaginable to think what these women went through! Barbaric and inhumane does not even cover it!

Wang Di is the symbol of so much more – the name itself Wang Di means ‘waiting for a little brother’. In a country where being a woman was second best, the lowest of the low, Wang Di is even at a disadvantage from the very start. Years later, both she and her husband ‘The old one’ can’t even talk to each other about their experiences during the occupation.

The occupation is evoked in all its pain, heartbreak and evil. However there is also hope threaded through, human will in the very characters who war tried to destroy.

What a story! If this doesn’t leave an impression on you then I don’t know what will. REcommended!

Read TheBookTrail’s bookreview How We Disappeared on the blog

BookTrail Boarding Pass: How We Disappeared