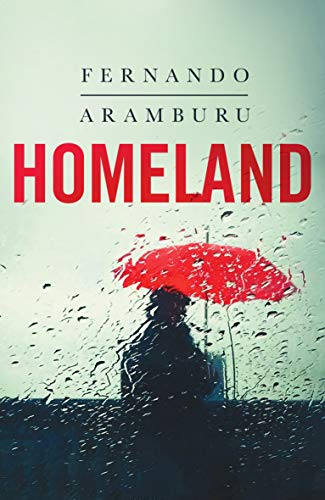 2000s:  What ‘s it like living in the shadow of terrorism, and how a country can come to terms with its violent past.

Miren and Bittori have been best friends all their lives, growing up in the same small town in the north of Spain. With limited interest in politics, the terrorist threat posed by ETA seems to affect them little. When Bittori’s husband starts receiving threatening letters from the violent group, however – demanding money, accusing him of being a police informant – she turns to her friend for help. But Miren’s loyalties are torn: her son Joxe Mari has just been recruited to the group as a terrorist and to denounce them as evil would be to condemn her own flesh and blood. Tensions rise, relationships fracture, and events race towards a violent, tragic conclusion .

Travel BookTrail style through the Basque Country in Homeland

The novel deals with two Basque families from around the 1980s up until the present day. It’s the stories of many families – people who were once close but through the war, they become enemies. People are killed by ETA and other people join the group. How one killing reverberates round the city and continues to shatter lives years after the event.

The story is fictional yet is peppered throughout with real facts such as dates. The villages are vaguely described yet are all in and around the Basque Country and not far from San Sebastian. The people are representative of the entire population.

San Sebastian (Donostia  as it is known for the Basque people).

ETA  is an acronym for Euskadi Ta Askatasuna; “Basque Country and Freedom”) and was an armed leftist Basque nationalist and separatist organization in the Basque Country . It was founded in 1959 and later evolved from a group promoting traditional Basque culture to a paramilitary group whose main goal was to gain independence for the Basque Country.

The group announced it was suspending its armed fight (20th of October 2011).  On 24 November 2012, it was reported that the group was ready to negotiate a “definitive end” to its operations and gave up its weapons on 7 April 2017 . On 2 May 2018, ETA made public a letter dated  16 April 2018 according to which it had “completely dissolved all its structures and ended its political initiative”.

“Asking for forgiveness requires more courage than firing a weapon,  or than triggering a bomb”

The Honey and the Sting