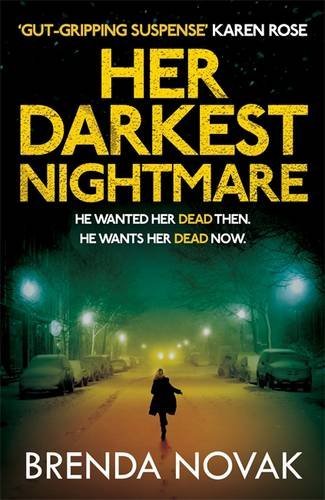 2000s: An institution in deepest darkest Alaska, home to some of the world’s worst serial killers….

Hanover House  – an institution unlike any other and steeped in controversy.

Many never wanted the place built in the first place, saying that it would be a threat to those who live in the area and a scar on the snowy landscape.

And when a body is found, it could be the sign that this place never should have been there. But Dr Evelyn Talbot who wanted the place built and who works there studying the behavioral  patterns of psychopaths,  starts getting cryptic messages from one on her inmates who says he knows who the killer is.

Then Evelyn finds a message very much closer to home – She was herself left for dead only  a year ago and still bears the scars. Is her worst nightmare about to return?

Hanover House and Hilltop – a dark, and very stark setting is stark. The natural darkness brings every more secrets and shadows to the already dark and isolated town. The town is one of menace and intrigue.  The sense of foreboding is huge – what do you do if one of the madmen escapes or attacks. Where do you run to in the middle of nowhere?

Hanover House is the institution built to keep the worst of these people in and the others, on the outside, safe. But Hanover house is surrounded not only by trees, remote landscape and fields which stretch for miles, but controversy and shadows too.

Hilltop, is a town of secrets, and not all of them are contained within Hanover House. Hilltop’s local State Trooper, Sergeant Amarok, never wanted the prison built, and sees it as a threat to his community.  But how can caged killers escape under watchful eyes to go and kill someone from the outside?

The backstory with Evelyn and the violence which lingers over her and Hilltop cloak the story and the community in even more darkness that you think possible.

Starting each chapter with a “Quote”from a real life serial killer should have given me all the warning I needed about this! This was a neat touch indeed for it more than set the scene. And if chapter one doesn’t finish you off then nothing will. Jeepers, there’s a novel opening I”ll never forget. The unspoken and visible dislike between Talbot and Amarok, the lone state trooper, had me intrigued from page one.

There is tension galore here – I mean the setting really does ramp up the tension – a remote asylum kind prison with the worst of humanity locked up together in remote Alaska? As the pages turned, I could hear the clang of the metal gates of the prison and feel the threat of violence in the air. The very nature of these patients means that the unexpected is just around the corner and that just as calm reigns, BOOM everything can blow up in a second.

The perfect setting for a novel that gets into your head and messes with your mind.  Isolation, claustrophobic prison and the cloud of violence and murder hanging over the entire community? What about the threat that is locked outside of this place? Free to roam the snowy, desolate landscape?