2000s: An unusual murder on the Devon coast

A teenage girl is found murdered, encased in glass.

Detective Dove Milson is called out to the chilling crime scene by the Devon coast. The murder is a replica of the work of serial killer Peter Hayworth, known as the Glass Doll murderer. He would be the prime suspect . . . but he’s already dead.

Now Dove leads the case. It’s her first job as part of the Major Crimes Team. She is recovering from a breakdown a few months earlier.

Then another Glass Doll is found in an isolated cove. 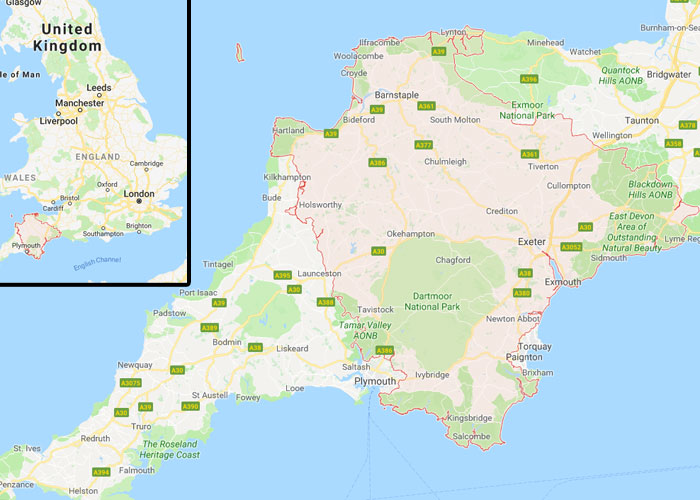 As you might expect, the locations in this book are largely fictional. Abberley and Gibbons Copse are of course fictional but are said to be somewhere on the Devon coast. Devon is a large and naturally beautiful area of the south of England and this is an area known for its countryside and natural parks and beaches so the murders here, on a beach, are particularly gruesome and disturbing.

It doesn’t seem like such a nice place anyway to be fair.  DI Dove has her first job in the Major Crimes Team to solve and there seems to be a family connection…

Colin in the novel is from Portsmouth but this city is mentioned rather than evoked.